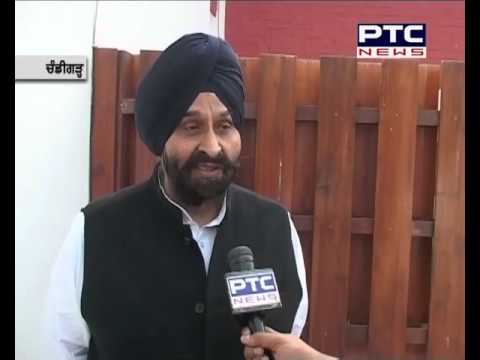 The Shiromani Akali Dal (SAD) today condemned disgruntled AAP leader Sukhpal Khaira for playing opportunistic politics on 1984, drugs and corruption in a pathetic attempt to remain relevant after being sacked as leader of the opposition.

In a statement here SAD spokesman Maheshinder Singh Grewal said it was shocking that a person who was a product of corruption and had come into riches from rags was talking about principles and the need to fight corruption after being accused of the same by his own party men.

Stating that Khaira had staged a drama to befool the people at his press conference today, Mr Grewal asked him to clarify why he had remained with the Congress and wined and dined with the likes of Sajjan and Tytler after the army attack on Shri Darbar Sahib and massacre of Sikhs in 1984. “In fact, you remained an active part of the Congress and sucked up to the Gandhi family for the last more than twenty years before joined AAP on the eve of the 2017 assembly elections. Why did you never condemn the army attack on Shri Darbar Sahib or the 1984 genocide and only remembered it now as a cover-up exercise after being caught endorsing the secessionist Referendum 2020 which seeks to break up India?”, Mr Grewal asked.

The Akali leader said even more astonishing was Khaira’s attempt to give himself a clean chit in an international drug trafficking case in which he had been described as a king-pin and even summoned as an accused by the honourable court. He said it was condemnable that Khaira had tried to give an impression that even the court judgements against him had been procured. He said the fact of the matter was that Khaira had contacted the main accused, who had been awarded a 20-year sentence, more than 70 times. “It is condemnable that instead of explaining his conduct and telling people why he was consorting with drug traffickers and even giving them political shelter by nominating drug racket co-accused as Chairman of Dhilwan Market Committee,

Khaira is trying to project that he has been framed in the case. This virtually amounts to contempt of court”, Mr Grewal added.

Stating that Sukhpal Khaira had only displayed his power hunger chameleon nature at the press conference today, Mr Grewal said the same Khaira who was revolting against AAP Convener Arvind Kejriwal’s decisions now had praised the latter on record by exulting about his ‘innovative working’ style. “It seems this working is not all that innovative when it goes against Khaira and he immediately gets into the break- AAP mode”, he added.

Asking Khaira not to practice hypocrisy by talking about the rights of Punjab after ignoring them as a Congressman for 20 years, Mr Grewal said Khaira’s hypocrisy could be seen by the manner in which he had entered into a secret deal with the Congress to get his brother in law Justice (retd) Ranjit Singh appointed as Chairman of the sacrilege probe despite being in AAP. He said Khaira was fond of asking others to act as per their conscience but had suppressed his willingly for political gains.

“Khaira’s conscience was not pricked even when Arvind Kejriwal held a press conference in Ajnala and announced that everyone, including Delhi and Haryana, had a right over Punjab waters while speaking on the SYL issue. How can Punjabis ever trust such a person who is ready to sell his soul to the highest bidder?” he asked.