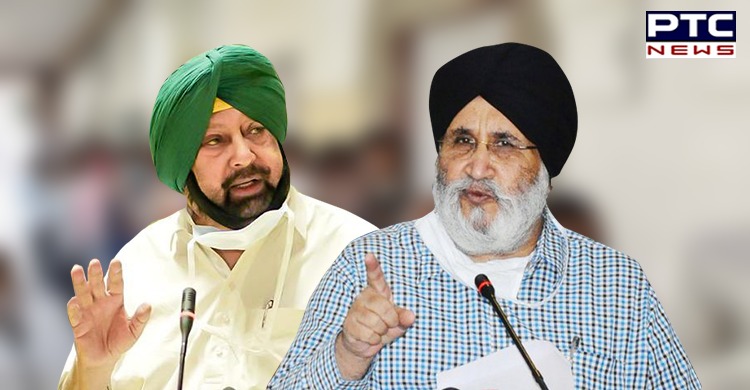 The Shiromani Akai Dal (SAD) today said the Congress government in Punjab and the BJP led central government were playing a fixed match to defame farmer organizations and Punjabis for agitating against the central farm laws.

Also Read | Schools will open in Punjab only after Corona is over: Vijay Inder Singla

Reacting to the Congress party’s announcement that chief minister Capt Amarinder Singh and party legislators would hold a relay protest at Rajghat, former minister Dr Daljit Singh Cheema said this was nothing but a gimmick.

“Chief Minister Capt Amarinder Singh is deliberately not approaching the centre. He has earlier also written a letter to BJP President J P Nadda instead of approaching the Railways minister or the Prime Minister. Even now instead of holding talks with the central government and ensuring start of goods trains immediately the chief minister announced that he would lead a delegation of legislators to meet the President. Now it has been revealed that the President had not even given them an appointment. The chief minister should tell Punjabis why he misled legislators and why he is trying to cover up his failures by announcing that he would lead a relay protest in Delhi from tomorrow now” said Dr Daljit Singh Cheema.

Warning the chief minister that such tactics would lead to social unrest and devastate the economy of Punjab, Dr Cheema said the chief minister should meet relevant ministers and the Prime Minister if needed and ensure all inbound trains to Punjab were restarted.

“If he does not do that and indulges in politics by holding a sham dharna in Delhi it will be proved beyond doubt that Capt Amarinder is not interested in resolving the current crisis and is playing out the part assigned to him by the BJP high command” he said.

Asking the chief minister to come clean, Dr Cheema said it was a fact that the amendments made in the central laws by the Punjab Vidhan Sabha at the instance of the Congress party had put the State at the mercy of the centre. “Instead of passing Bills under the Agriculture head and making the entire State one Mandi as had been done by Chhattisgarh, the Congress party in Punjab had sought to amend the central laws which were on the concurrent list and not under State jurisdiction. By doing so the Congress government has played into the hands of the centre”.

Speaking about the upcoming “dharna” at Delhi, Dr Cheema said the chief minister was in a self imposed dharna at his Siswan farm house residence since the last four years. “Now the venue seems to have been shifted to Delhi”, he said adding the result would be the same – “dereliction of duties due to which Punjabis will suffer”.

The SAD leader asked the chief minister to shun publicity stunts and start working to solve the problems of farmers as well as Punjabis. “People want a chief minister who acts on their grievances instead of leading dharnas to obfuscate them further”, Dr Cheema added.