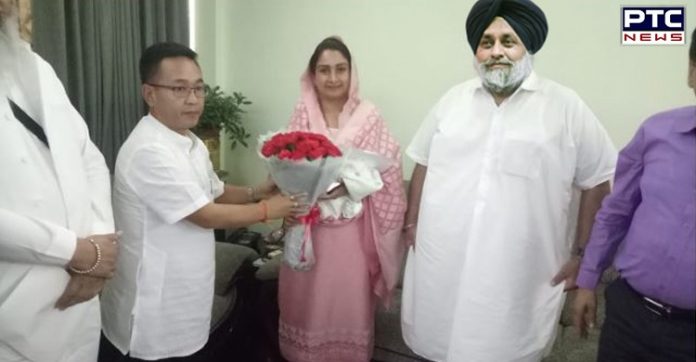 A Shiromani Akali Dal (SAD) deputation led by its president Sukhbir Singh Badal has urged Sikkim chief minister Prem Singh Tamang to restore Gurdwara Guru Dongmar Sahib in North Sikkim to the Sikh community and give it required permission to manage the same.

In a meeting with the chief minister in Delhi Tuesday evening, the SAD delegation, which also included union food processing industries minister Harsimrat Kaur Badal, briefed Mr Tamang as to how the local municipal authorities got the Gurdwara forcibly evacuated in 2017 by piling up all the belongings of the Gurughar including the ‘saroops’ of Sri Guru Granth Sahib ji in the middle of the road.

Mrs Badal said plans were afoot to demolish the building of the Gurughar and build a Buddhist monastery in its place. She said the Sikh community worldwide stood for restoration of the Gurdwara to the community and urged the chief minister to accept this request. Mr Tamang assured the SAD delegation that he would get the issue examined and resolve it to the satisfaction of the Sikh community.