Salaam boss: Rishabh Pant to Hima Das after she won 5 Gold medals in 19 days, the naton is proud on her 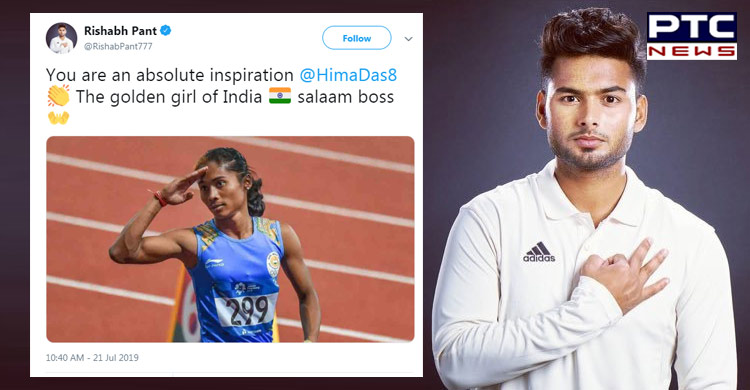 After PM Narendra Modi, Sachin Tendulkar, and other prominent personalities Indian Wicketkeeper-batsman Rishabh Pant congratulated Hima Das on winning 5 gold medals in the snap of 19 days, in his own style. Hima Das is on a gold-medal hunt in July, as he finished the race being top on the podium five times in just 19 days. 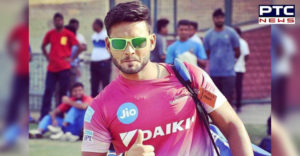 The latest Gold came on Saturday when she clocked the season-best time of 52.09 seconds in 400m race at the Nove Mesto and Metuji Grand Prix. However, her personal best is 50.79 seconds, which she clocked at the Asian Games 2018.

Rishabh Pant took it to the twitter and said, "You are an absolute inspiration Hima Das. The golden girl of India... salaam boss".

"Loving the way you have been running in the European circuit over the last 19 days. Your hunger to win and perseverance is an inspiration for the youth. Congrats on your 5 Medals! All the best for the future races, Hima Das", said Sachin Tendulkar in a tweet.

Meanwhile, the Prime Minister Narendra Modi said in a tweet, "India is very proud of Hima Das’s phenomenal achievements over the last few days. Everyone is absolutely delighted that she has brought home five medals in various tournaments. Congratulations to her and best wishes for her future endeavours."