New Delhi: The Supreme Court on Wednesday refused to grant relief to Justice C. S. Karnan in the contempt of court case where he was sentenced to six-month imprisonment.

The apex court earlier on May 19 rejected Justice Karnan’s plea for recall of the six-month jail term for contempt of court, stating that the petition was “not maintainable” in the court.

Earlier this month, Justice Karnan had approached the apex court seeking recall of the May 9 order, in which he was convicted and was sentenced to six-month imprisonment.

The apex court also banned the media from publishing the orders passed by him during his tenure.

The top court had taken suo motu cognizance of numerous letters written by him against judges of the Madras High Court and the apex court and restrained him from exercising administrative and judicial powers from February 8.

Karnan is the first ever sitting judge of a higher court in judicial history to be sent to jail. 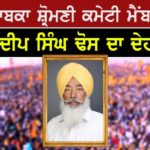