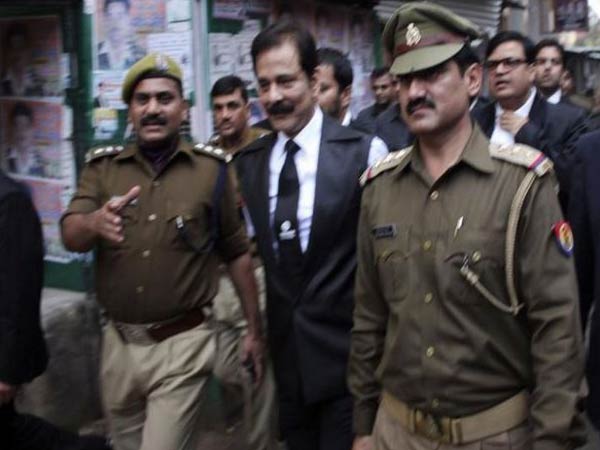 New Delhi: A special Securities and Exchange Board of India (SEBI) court on Friday quashed a non-bailable warrant issued against Sahara chief Subrata Roy as he appeared before the court.

The warrant was also quashed on grounds that Roy will appear in all hearings now as the court asked him to submit an undertaking for the same.

The next hearing in this matter will take place on May 18 when the argument on framing of charges will begin.

The Supreme Court on April 17 ordered the auction of Sahara's Aamby Valley over the business conglomerate's alleged failure to deposit money for refunding to its investors.

The top court ordered the selling of 34,000 crore rupees worth of Sahara properties and directed its chief Subrata Roy to appear before it on April 28th.

Taking strong note of non- submission of over 5,000 crore rupees by the Sahara group, the apex court bench warned Roy from further toying with the court's order, and issued an ultimatum that non-compliance of its order will leave Roy in massive trouble.

Earlier, the apex court had refused to hear a fresh plea of Sahara Group seeking more time to deposit Rs. 5000 crore (approx.) with the SEBI.

On March 21, the apex court had warned Sahara, saying it would auction Aamby Valley project if the latter fails to deposit the amount of Rs. 5000 crore (approx.)

The apex court had in its last hearing asked the Ghaziabad Development Authority to deposit Rs. 1,100 crore to the apex court registry for acquiring land from Sahara.

Roy was sent to the Tihar Jail on March 4, 2014 for not complying with the apex court's orders in connection with a long dispute with the market regulator SEBI.

The SEBI alleged that Roy failed to comply with the apex court's order directing him to return the investors' money.

Sahara, once among India's high-profile firms, has in the past made several failed attempts to raise the bail money using its prized overseas hotels that include the Plaza in New York and Grosvenor House in London.

Sahara says it has paid more than 80 percent of the dues to share-holders, but SEBI has disputed that and said the company has not paid more than Rs. 10,000 crore.