Seema Verma sworn-in as head of top US healthcare agency 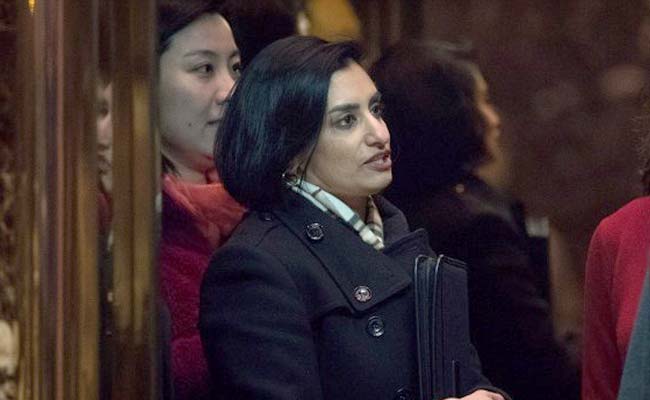 Washington: Indian-American Seema Verma has been sworn-in as the head of a key healthcare agency in the Trump administration.

"President Trump has chosen one of the leading experts in America on state-based healthcare solutions to lead this important agency," US Vice President Mike Pence said at the swearing-in ceremony at the White House yesterday.

As the head of the Centers of Medicare and Medicaid Services she would be heading the USD 1 trillion federal agency that provides health services to 130 million Americans.

Verma is the second Indian-American to be inducted into the Trump administration.

The US Ambassador to the United Nations Nikki Haley was the first cabinet rank official from the community to serve in any presidential administration.

Verma was elevated to the top federal position after her successful career in private health sector, spanning two decades.

In the recent years she had played a key role in health care reforms in Indiana, where Pence was the Governor, and few other states such as -- Iowa, Ohio, Kentucky and Michigan.

"Seema, President Trump has now asked you to bring your expertise to Washington, DC. As Administrator of the Centers for Medicare & Medicaid Services, we're confident that you'll help restore health care decision-making to the states, and in the process, help make the best health care system in the world even better," Pence said.

Noting that Verma's extraordinary record stretches back for over 20 years, Pence said that after graduating from Johns Hopkins University with a master's degree in public health, she went to work in Indiana for the Health & Hospital Corporation of Marion County.

As a result of her efforts, Pence said today Indiana's program is leading the nation with its emphasis on personal responsibility and effective care for people who need it most.

Verma's family arrived here yesterday by road after their Monday flights were cancelled due to an impending snow storm.

"I'm grateful and appreciative of President Trump not only for asking me to be the administrator but for putting together an incredibly talented group of individuals that he's brought from the private sector into government service, people like Dr Tom Price.

"And I am proud to be a part of this team," Verma said.

She said that today the country's health care stands at a crossroad and they have no choice but to fix it.

"Under President Trump's leadership and vision, we finally have an incredible opportunity to move our health care system into one that puts Americans in charge of their health care and will ensure that all Americans have access to quality health care that they can afford," she added.