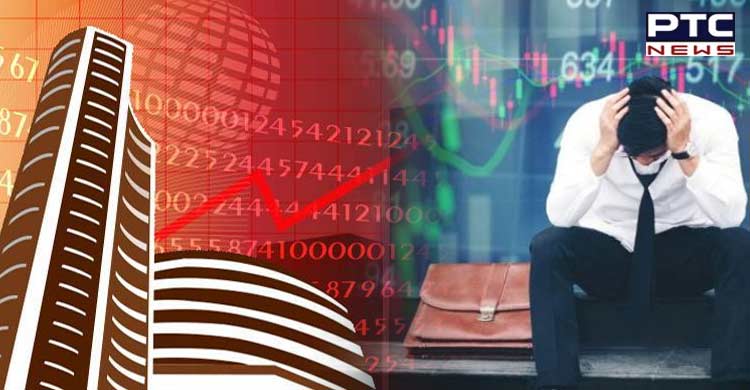 Mumbai, June 13: The benchmark Sensex in India fell 1404 points on Monday, owing to a selloff in global equities, which resulted in a loss of nearly Rs 6 lakh crore in the combined value of listed companies.

The benchmark index has dropped sharply for the second session in a row. On Friday, the Sensex had dropped 1016.84 points or 1.84 percent.

Investors' wealth has been eroded by around Rs 6 lakh crore as a result of the selloff.

IT stocks were under a lot of selling pressure. TCS' stock dropped by about 4%. Tech Mahindra was down 4.37 percent on the day. The stock of Infosys was down 3.53 percent.