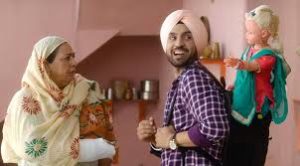 Shadaa film gave the industry and the audience best suitable dialogues, especially for singles, that Kutta hove Jehda Vyah Karavey. Diljit Dosanjh and Neeru Bajwa have received an overwhelming response from the audience as they both took the film to the milestone.