Shadaa vs Kabir Singh: Diljit Dosanjh starrer Punjabi film Shadaa hit the screens on June 21, while Shahid Kapoor’s Kabir Singh was released on the same day. Shadaa and Kabir Singh were the clashes in term of the movie release in Punjab. 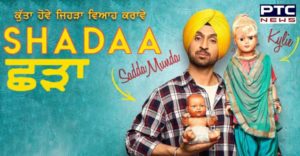 Diljit Dosanjh has a super fandom in Punjab and in result the film Shadaa garnered a lot of reaction from the superfan. Hence, the film Shadaa mint huge amount of Rs 1.31 crore in Chandigarh and Rs 88 lakh in Ludhiana. Likewise, Kabir Singh despite giving jolts to box office across India, couldn’t be able to mint good amount at Ludhiana and Chandigarh. 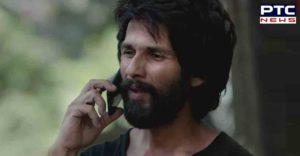 Kabir Singh garnered Rs 77 lakh in Chandigarh while earned just Rs 27 lakh from Ludhiana box office. The film Kabir Singh got a huge fanbase and break the all-time record of Shahid Kapoor. In fact, Kabir Singh is going to enter the Rs 100 crore club soon as it made an opening of over Rs 20 crore.

Diljit Dosanjh and Neeru Bajwa collaborated for the film after four years and yet retained their stardom giving a hit in a row. Kabir Singh is a remake of Telugu film Arjun Reddy, but Shahid Kapoor was heavily praised for his character in the film.