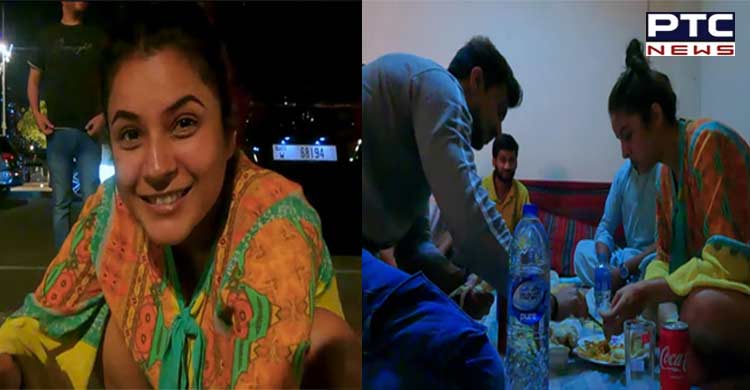 New Delhi, October 28: Actor Shehnaaz Gill conitinues to win hearts of her fans with her small gestures. On Thursday, fans hailed the actor for her down-to-earth and humble nature. Taking to YouTube, Shehnaaz Gill dropped a vlog video on her official channel, titled, "48 hours inn Dubai." In the video, she could be seen having a meal with her fans while sitting on the floor and going out on the streets of Dubai for grocery shopping.

Soon after the 'Honsla Rakh' actor dropped the vlog on her channel, fans swamped the comment section with red heart and fire emoticons. "She's so down to earth, she indeed has very bright future; Waheguru ji mehar karan beta," a fan commented.

Another fan wrote, "Shehnaaz such pure down to earth treating fans like her friends and respected them by eating on the floor in basic manner. No airs of superstar. Her bonding with her crew is like family. Thank you Shehnaaz for giving us this beautiful gift of allowing us into your life. Thank you." 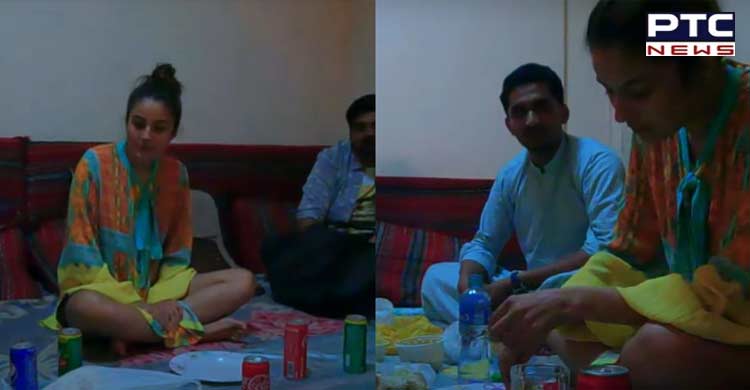 "I think your best quality is that you carry no baggage of your identity You're simple, natural and that's what makes you EXTRAORDINARY in today's world, " a fan wrote.

Sharing the video on her channel, Shehnaaz wrote in the description, "I always like to enjoy things desi, so by the end of it you'll see me in this vlog doing that..."

Shehnaaz gained fame after her stint on Bigg Boss 13. Shehnaaz and Sidharth Shukla, popularly called 'SidNaaz' by fans, got close to each other when they were in the 'Bigg Boss 13' house, though they never officially acknowledged being a couple. Sidharth later won the reality show in 2020. Sidharth passed away on September 2, 2021, after suffering a cardiac arrest.

She began her modelling career with the 2015 music video, 'Shiv Di Kitaab'. In 2017, she made her debut as an actress in the Punjabi film 'Sat Shri Akaal England' and later starred in 'Kala Shah Kala' and 'Daaka' in 2019.

Shehnaaz was last seen in 'Honsla Rakh' alongside Diljit Dosanjh and Sonam Bajwa. It is now speculated that she is all set to make her Bollywood debut with Salman Khan's film 'Kisi Ka Bhai Kisi Ki Jaan'.

Apart from that, she will be seen in the comedy film '100%' alongside John Abraham, Riteish Deshmukh and Nora Fatehi.