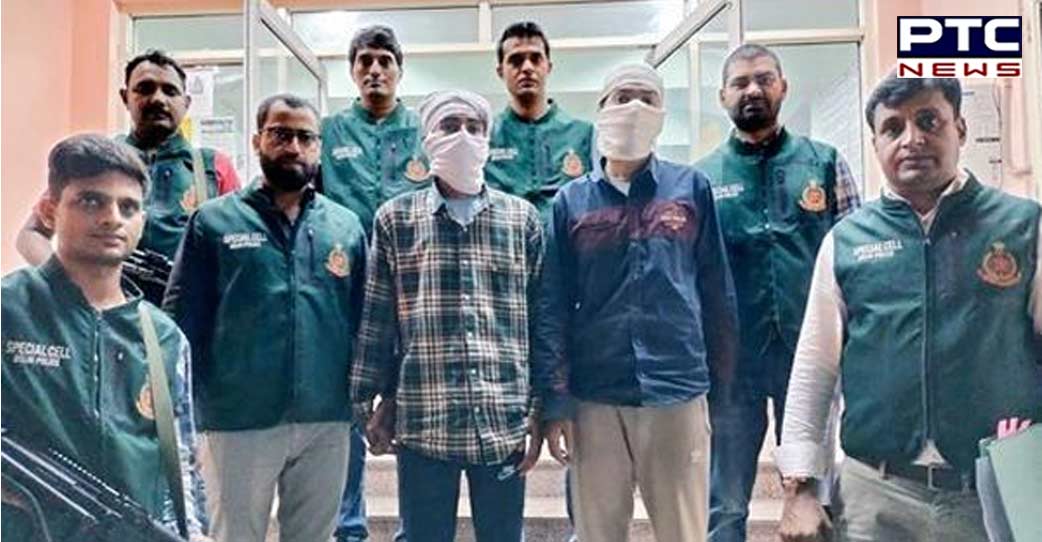 According to Delhi Police, for the past few months, information was being received that some of the gangsters based in Canada and the UK including Arshdeep Dalla through their various associates lodged in different jails of Punjab are going to send their shooters to Delhi and are about to carry out some heinous crime. The directions were given by Arshdeep Dalla through handler Taranjot Singh alias anna, lodged in Ferozepur Jail, Punjab.

On September 22, Delhi Police received input that two shooters are coming to Delhi and would be meeting their Delhi-based contact near Mukarba Chowk Flyover, for the execution of some crime in Delhi as tasked by Arshdeep Dalla through Taranjot Singh.

Accordingly, a trap was laid near Mukarba Chowk Flyover. After some time both the suspects were spotted and apprehended after a brief scuffle and two semi-automatic loaded pistols and nine live cartridges were recovered from their possession. During enquiry, the shooters were identified as Ravinder Singh (21) alias Abbi and Navdeep Singh (26) alias Navi both residents of Gurdaspur, Punjab. A case was registered under Arms Act.

During interrogation, Navdeep revealed that after completion of his graduation in 2020, he went to Dubai and worked there as a security guard in a company for around 9 months. After returning from Dubai, he fell into the habit of drug intoxication because of which he lost his memory and was sent to a rehabilitation centre. After returning from the said rehabilitation centre, he came in contact with Taranjot Singh, through one Babal Preet Singh in February 2022.

As Navdeep was fascinated with the name of gangster Taranjot Singh and also wanted to earn huge money in a short time, he started obeying his direction and came in contact with Ravinder Singh, said Delhi Police.

On the direction of Taranjot Singh, Navdeep collected a bag containing two semi-automatic weapons, kept by contacts of Taranjot, from Sonepat, Haryana. Those weapons were used to carry out firing on the targets assigned by Taranjot Singh.

Delhi Police said Taranjot in September further gave the task to both Ravinder and Navdeep to go to Bhatinda and meet Jasvinder Singh alias Ghoda to execute firing at the residence of Ankit Goel. The weapons for this purpose were provided by Taranjot through his resources. Accordingly, they both reached Bhatinda and met Jasvinder. Thereafter, they carried out firing, at the residence of Ankit Goel in Bhatinda. The incident was reported at Raman Mandi police station on September 19.

As per the police, they both were promised to get Rs 2.5 lakh for the assignment. Further, Ravinder and Navdeep were tasked to proceed to Delhi and to meet one of the contacts of Taranjot for eliminating one person. However, they both were arrested by Delhi Police Special Cell.

During interrogation, both confessed before Delhi Police that they are working on a fundraising module for their terror gang and on the direction of Arshdeep Dalla, who is a close associate of Hardeep Singh Nijjar (a notified terrorist of Khalistan Tiger Force as per schedule 4 of UAPA); transmitted through Taranjot Singh, they came to eliminate a businessman from Delhi from whom Arshdeep Dalla has demanded Rs 5 crore.

But the businessman refused payment of extortion money and got registered a case in Delhi. Following this, both arrested shooters were directed to commit the murder of the complainant. This extorted money was supposed to be used for strengthening of terrorist gangs. So, both of them have been arrested under relevant sections of IPC and Unlawful Activities (Preventive) Act.