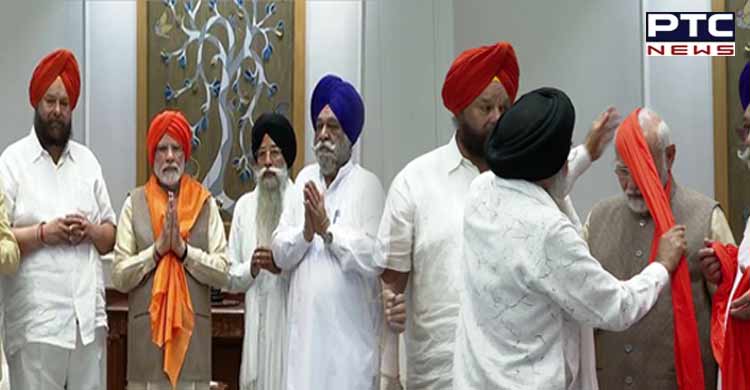 New Delhi, September 19: A delegation from the Gurdwara Shri Bala Sahib Ji paid a visit to Prime Minister Narendra Modi's residence on Monday to offer blessings and prasad from the 'Akhand Paath,' which was organised to commemorate the PM's birthday.

Modi expressed his pleasure at meeting the delegation and thanked them for their wishes and prayers for him. He expressed his gratitude to them for making him feel like a member of the Sikh community.

He reaffirmed the government's commitment to working consistently for the welfare of the Sikh community.

The delegation also praised the Prime Minister for his measures for the honour and welfare of the Sikh community during the meeting. They recalled the Prime Minister's efforts, which included declaring December 26 as "Veer Baal Divas," reopening the Kartarpur Sahib Corridor, lifting GST from langars run by gurdwaras, and ensuring that copies of the Guru Granth Sahib arrived in India from Afghanistan, among other things.