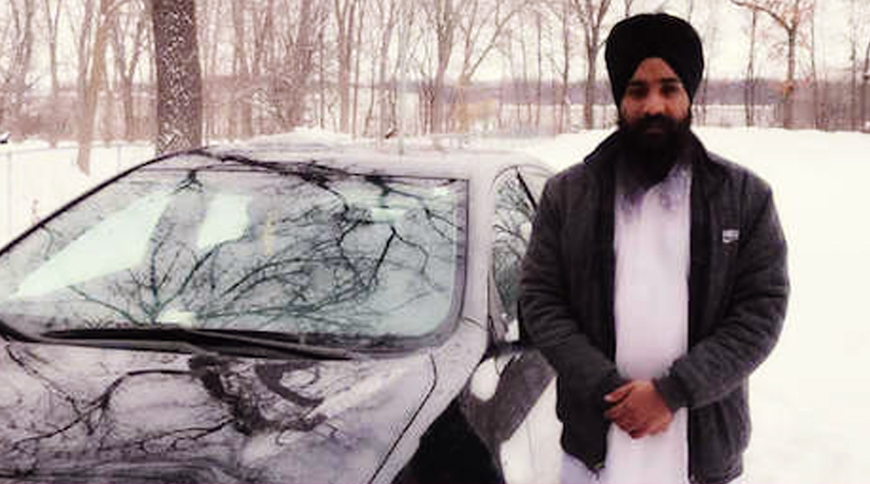 A passenger put a gun to the head of a Sikh Uber driver after he asked the Sikh man “which country do you belong to?” He then told the Sikh man, “I hate turban people”, the US-based Sikh Coalition reported it.

Gurjeet Singh, the Sikh man faced the assailant while driving for Uber and then notified police the next day about the assault. No arrest has been made in the same.

“What is your status here?” “Which country do you belong to?” “Do you serve our country or do you serve your country?” were among the other questions the Sikh man was asked.

Gurjeet, a legal US resident was confused and scared by the questions as he is not fluent with English.

Gurjeet alleges that the man got angry and put a gun to his head saying, “I hate turban people; I hate beard people.”

Gurjeet says he slammed on the brakes and the woman passenger forcibly removed the man from the vehicle. She then apologised for his behaviour, and instructed Gurjeet to drop her home and to avoid taking the same route back to eliminate another encounter with the attacker.

In a statement, Gurjeet said, “This never should have happened, and I want my community and family to feel safe. There must be justice for this hate crime. Authorities should arrest and charge the man who attacked me without further delays because bigotry has no place in our society.”

“The fact that no arrest has been made and hate crime charges have not yet been filed endangers the safety of Mr Singh and the Quad Cities Sikh community,” said Sikh Coalition legal director Amrith Kaur. “The facts of this case are clear. We expect the Rock Island County Sheriff’s Police Department to arrest the attacker, and the Rock Island County State’s Attorney’s Office to file hate crime charges immediately.”