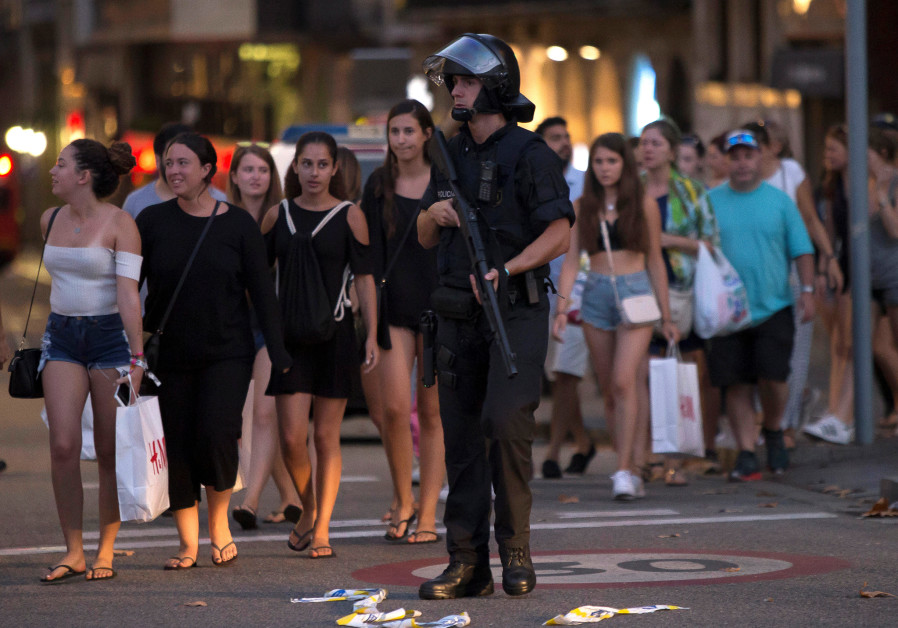 Barcelona attack: The Sikh’s yet again stand out as a cushion in times of emergency and terror in a foreign nation. The Sikh community in Barcelona offers shelter and food in gurudwaras after a van rammed into a crowd of pedestrians at Barcelona’s iconic Las Ramblas killing several and injuring more than 50 people.

“If anyone needs shelter, food, Sikh houses of worship in the Spanish city are open for all,” Harjinder S Kukreja from Punjab tweeted. His post was retweeted 4,500 times and more than 200 people commented on it.

In his tweet, Kukreja has posted information of two Gurdwaras in Barcelona: 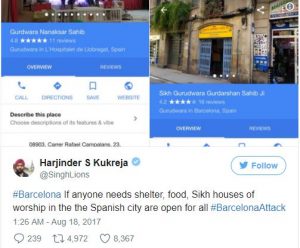 “As ever the #Sikh community is a credit to humanity at a time of unspeakable cruelty & tragedy (sic),” tweeted Chas Peeps.

External affairs minister Sushma Swaraj confirmed there is no report of any Indian casualty in the attack.

“I am in constant touch with Indian Embassy in Spain. As of now, there is no report of an Indian casualty,” Swaraj tweeted.

Facebook has also activated its safety check mechanism, allowing users near #Barcelona attack to mark themselves as safe.

This isn’t the first time the Sikh community has volunteered to offer help after a terror attacks. Gurudwaras in Britain offered food, water and shelter to many tourists after the attacks on London Bridge and the Borough Market in June.