Chandigarh: Singapore-based AT Capital, one of Asia’s leading private investment firms, has evinced interest in setting up a holistic residential complex and a skill development centre in the university town of Amritsar in Punjab.

This was conveyed by the company’s CEO Arvind Tiku to Punjab Chief Minister Captain Amarinder Singh at a meeting here on Tuesday evening.

Tiku was accompanied by Experion CEO Rakesh Kaul, as well as Consultant Sanjiv Tyagi, an official spokesperson said after the meeting.

The Rs. 1000 crore company has around 100 acres of land close to National Highway 1 in Amritsar, where they plan to develop a residential project to provide affordable housing for the poor and accommodation for students. They have also proposed a senior living complex to cater to the large community of NRIs from Punjab.

Going forward, the company wants to expand into similar projects in other university towns such as Patiala, Jalandhar and Ludhiana, said the spokesperson.

The company is also interested in setting up a need-based skill development centre in the state to address the growing demand for skilled workers, which is a key focus area of the Captain Amarinder government, according to the spokesperson. The proposed centre will be designed to accommodate 10,000 people, thus giving a major fillip to the state’s skill development programme. 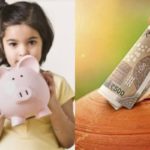 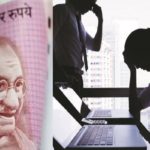