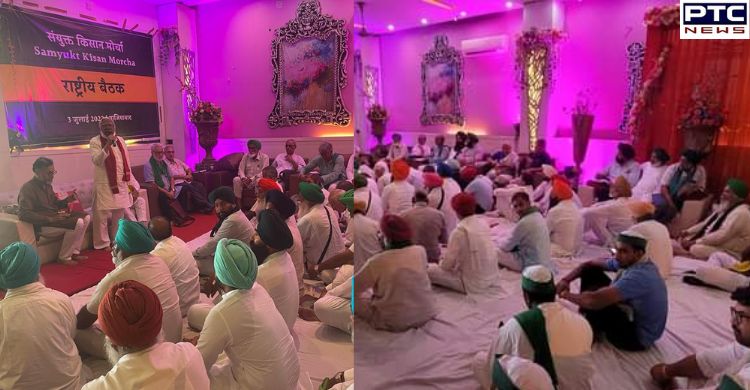 A meeting was held by SKM today in which a mjor decision was taken regarding the Kisan Andolan. The government has not yet withdrawn the cases registered against the farmers. The cases were registered against the farmers in all the states except Punjab and Uttar Pradesh were not withdrawn. Therefore from 18th July to 31st July a massive agitation would be organized in every district by mobilizing the farmersaccross the state. On the day of Udham Singh's martyrdom on July 31, agitation will be held in all the tehsils of the district from 11:00 am to 3:00 pm.

Simultaneously, an agitation against Agneepath would be launched from August 7 to 14 under the support of Jai Jawan Jai Kisan, which would include all young farmers and retired soldiers.

Farmers from all districts of Uttar Pradesh will attend a 75-hour conference on August 18, 19 and 20 in connection with the Lakhimpur Kheri incident with the Samyukta Kisan Morcha in which the main demand is to remove Ajay Tenny from the post of Union Government. The program is being held on August 15 to mark the 75th anniversary of independence, with the main demands being the arrest of Ajay and his dismissal from the government.