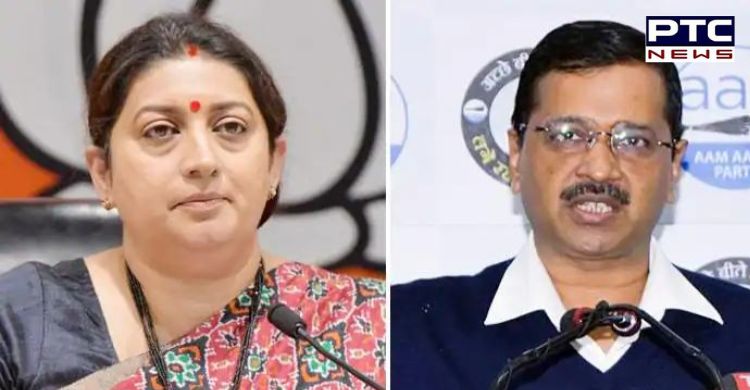 New Delhi, June 8: Union Women and Child Development Minister Smriti Irani on Wednesday launched a fresh attack on Delhi Chief Minister and Aam Aadmi Party national convener Arvind Kejriwal, seeking his reply on Satyendar Jain, who is in the custody of the Enforcement Directorate in a money laundering case.

Further, mentioning that the ED has recovered around Rs 2.80 crore in cash and 133 gold coins weighing over 1 kg from the residence of Jain and his aides, Irani asked Kejriwal whether he still finds Satyendar Jain "innocent" despite these recoveries.

The Union Minister recalled that "Kejriwal had said that he checked the papers himself," and questioned whether he did not check such large sums of cash processed by Satyendar Jain. 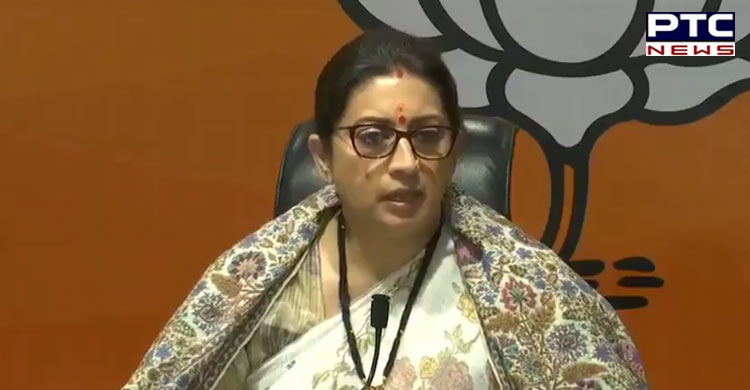 "Did not he check gold in such huge quantity as well as illegal property?" she asked.

The Union Minister further said 'whether the Delhi CM checked the order of the Delhi High Court on how Satyendar Jain collected Rs 16 crore black money with the help of shell companies and Hawala operators.'

Irani's attack came as the ED claimed on Tuesday that it recovered 2.85 crores in cash and 133 gold coins weighing 1.80 kg from Jain's aides during a day-long raid the day before.

The ED said it seized various incriminating documents and digital records during the search on Monday.

According to ED, the total movable assets were seized from an "unexplained source" and were "found to be secreted" in the raided premises.

The assets were seized during a search operation conducted under the Prevention of Money Laundering Act (PMLA), 2002, at the residences of Satyendar Jain, his wife Poonam Jain, and his accomplices and other persons who had either directly or indirectly assisted or participated in money laundering processes.