Sonia Gandhi has been chosen the chairperson of the Congress’s elected parliamentarians at the meeting of the party’s parliamentary committee on Saturday. Former Prime Minister Manmohan Singh proposed her name. Now there is speculation over whom the chairperson names as the leader of the party in parliament – her son Rahul Gandhi, who wants to step down as the party chief, or some other member.

Amid efforts to get him to change his mind about resigning the party post, the Congress has debated the possibility of Rahul Gandhi at least leading the party in parliament.

At the meeting, Sonia Gandhi thanked the 12.13 crore people who voted for the Congress — pointing out that even in defeat, the party has a sizeable voter base.

In an emotive note, she also thanked Rahul Gandhi “for toiling night and day and taking on the Modi government… raising concerns about all sections of society and helped the party win in Madhya Pradesh and Chhattisgarh and Rajasthan”.

“As we speak, emotional messages are coming for his continuation (as the party chief). The Congress Working Committee met to deliberate the issue and must take steps,” she added.

The parliamentary party meeting today was attended by all 52 lawmakers of the Congress from the Lok Sabha as well as its members from the Rajya Sabha. 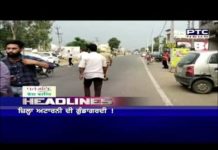 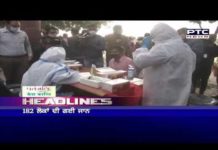