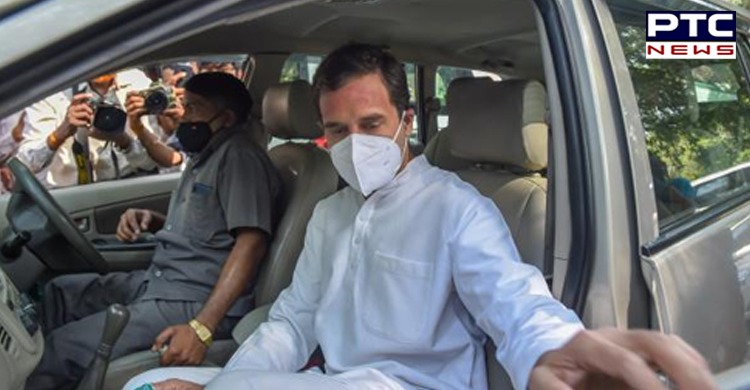 Meanwhile, Rahul Gandhi's "short personal trip" a day before the Congress' foundation day has drawn backlash from the opposition parties.

Therefore, Randeep Surjewala clarified that Rahul has not gone on a vacation but to meet a family member who is not well.

On Sunday, Congress had said that Rahul Gandhi has left for abroad. However, the party did not reveal his destination. According to the sources, he left for Milan in Italy on a Qatar Airways flight.

Also Read | Why is IMD asking people in north India not to drink alcohol during the cold wave?

Reportedly, he has gone to visit his grandmother who stays in Italy. Several senior party functionaries attended the meeting, including AICC general secretary Priyanka Gandhi Vadra.

Others present during the meeting were Ghulam Nabi Azad and Anand Sharma, Sachin Pilot, and others.

Rahul Gandhi, on Monday, tweeted: "The Congress has been committed from the beginning to raise the voice of the nation. Today, on the foundation day of the Congress, we reiterate our pledge of truth and equality. Jai Hind!"

"From the fight to free our nation to the struggle to defend it; from building a country from the ground up to soaring to new heights, the Congress Party has played a pivotal role through India's incredible history," the Congress party said.