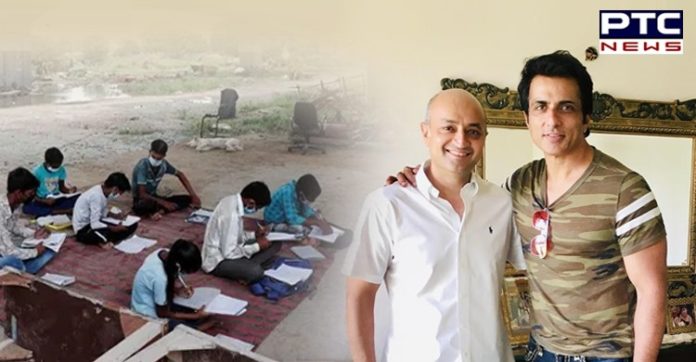 After contributing to a lot of noble gestures along with Sonu Sood, Karan Gilhotra now initiated a selfless drive with the help of friends to facilitate the online education of the underprivileged students struggling to study due to economic constraints. He is a young entrepreneur and philanthropist based in Chandigarh.

The campaign started in Morni, a remote town in Haryana where Karan distributed smartphones to the students of a Government school after coming to know about the plight of the students.

Both Karan and Sonu addressed the students in a virtual event after delivering the smartphones. Karan, who is a close friend of Sonu, is also the Chairman of PHD Chamber of Commerce and Industry in Punjab.

During the COVID crisis, Karan has come forward to help Sonu in facilitating many such noble causes.

Few such initiatives include sending a tractor to the Andhra farmer and extending support in adopting the four children who lost their parents in the Punjab hooch tragedy.

Addressing the students of the school in a virtual event, Karan said, “I am highly inspired by my dear friend Sonu Sood who has set an example for the mankind by going above and beyond in his efforts of kindness and generosity. When we came to know about the students in Morni (Haryana) travelling miles to access a smartphone, we were taken aback and could not wait to help these kids. We hope that this minuscule endeavor of ours will go a long way in enabling the students and schools to continue uninterrupted learning. We will try our best to target more such children across cities.”

Praising Karan for this noble gesture, Sonu said: “Educating the youth and preparing them for the future is our primary responsibility. I am happy that we could do our bit to help these students. I truly value Karan’s contribution in coming forward to support and encourage these children in pursuing their online education. He has been a great pillar of strength for me and needs a special mention for his selfless contribution during the crisis.” 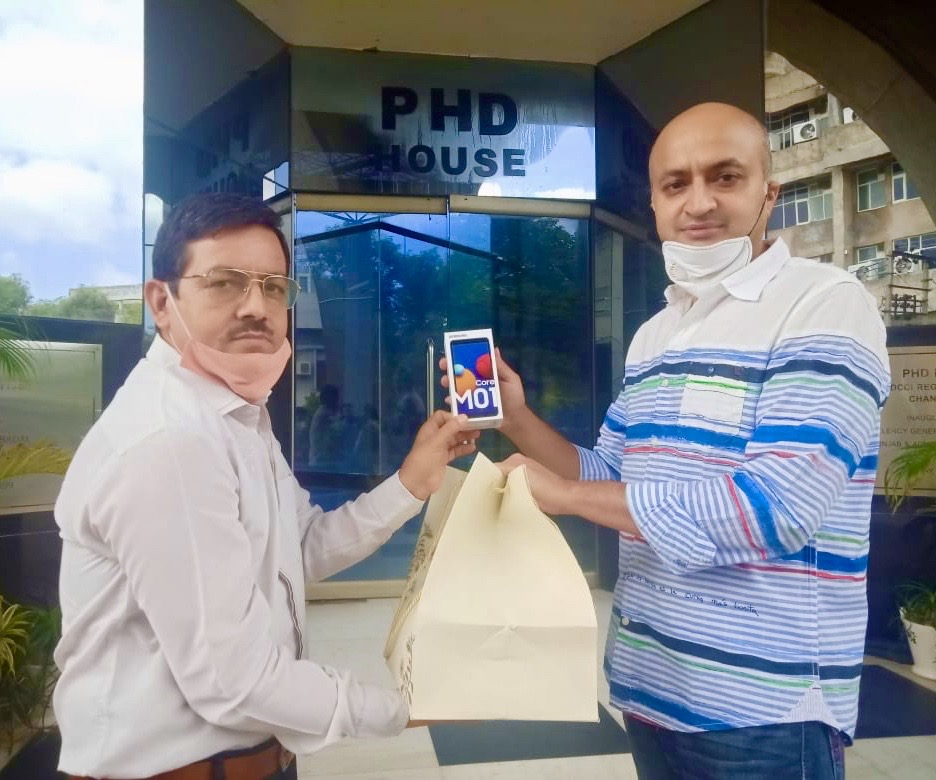 The principal of the Government Senior Secondary School, Pawan Jain, Koti (Morni),  said, “There are about 190 students in the school and close to 20 per cent do not have a smartphone. In these trying times, parents have no funds to purchase a smartphone for the children. It is heartening to see how Sonu Sood and Karan Gilhotra have come forward to support these students. We sincerely thank both Sonu Sood and Karan Gilhotra on behalf of the school, parents and the Department of School Education (Haryana).”

Also Read | Olympics Boxer Simranjit Kaur: Punjab government has money for TikTokers, but not for us

Karan was also awarded state honours as a Corona warrior by the Governor of Punjab and Chandigarh Administration for his contribution to humanity during COVID.