Spain has done it again. This time its victim in the decisive penalty shoot out was none other than Germany. And for Spain it was fourth penalty shootout win in six encounters. The encounter had ended in 4-4 draw in the regulation period.

Hockey crazy crowd at Valencia was all cheers as the home team, still to record a regular win, ended victorious in the shoot out to prove once again that they are the current masters of the FIH Pro League shoot-outs. Spain won 4-3 in the shoot out to take  a bonus point for the fourth time in six matches.

Germany (FIH World Ranking: 6) had trailed on three occasions before fighting back to force the shoot-out, with Moritz Rothländer’s superb backhand strike into the top left corner levelling the scores at 4-4 and denying Spain’s Red Sticks (WR:9) their first victory in regular time. However, another excellent shoot-out display from the Spaniards, and goalkeeper Quico Cortes in particular, saw the home favourites take two points from the contest to move up to sixth in the FIH Pro League standings, with Germany dropping out of the top four into fifth position. The top four finishers in the FIH Pro League will secure berths in both the Olympic qualification events and also the showpiece FIH Pro League Grand Final, which takes place in June at Amstelveen’s Wagener Stadium in the Netherlands.

Spain made an excellent start to their clash against higher-ranked Germany, forcing Die Honamas goalkeeper Victor Aly into some early saves before taking a deserved lead just six minutes into the contest. Alvaro Iglesias was the scorer, getting a crucial touch onto Sergi Enrique’s long pass into the circle to give Aly little chance of saving.

Germany – who had made six changes from the team that defeated the Netherlands in Rotterdam last week – found their rhythm as the period progressed and dragged themselves level just before the end of the first quarter thanks to a fierce penalty corner drag-flick from Lukas Windfeder, who sent an unstoppable effort inside the right post after Mats Grambusch had been fouled inside the Spanish circle.

It was Mats Grambusch who put Germany ahead for the first time early in the third quarter, catching Spain goalkeeper Cortes off guard with a fine strike from the top of the circle. It was a lead that lasted less than a minute, with Vincenc Ruiz finding space to volley past Aly to level the scores at 2-2, much to the delight of the watching home fans the Estadio Betero.

A breathless final quarter saw the Spaniards twice edge ahead in the contest only for Germany to peg their opponents back. Xavi Lleonart’s close range strike make it 3-2 before Germany captain Martin Häner restored parity from the penalty spot after Lleonart had fouled Dieter Linnekogel, with Spain’s Pau Quemada tapping in just before Rothländer scored his sensational backhand strike and force the shoot-out.

Fine saves from Cortes and Aly, denying Germany’s Thies Prinz and Spain’s Sergi Enrique respectively, left the shoot-out evenly balanced at 3-3 ahead of the fifth and final round of one-on-ones. When Cortes produced a brilliant diving block to stop Mats Grambusch, Spain’s Josep Romeu simply needed to find the net to give his side the bonus point. However, it was never going to be that straight-forward.

Romeu thought he had won the contest when he found the net only for a video referral to spot an infringement, meaning that Romeu would have to do it all over again. The second effort forced an error from Aly, with a penalty stroke being awarded after the German shot-stopper was adjudged to have fouled his Spanish opponent. Lleonart stepped up to take the stoke and made no mistake, slamming emphatically into the top right corner to give Spain yet another bonus point.

Also Read: Rich feast of hockey in the offing

“I’m not really happy with the game, I don’t want to play shoot-outs every time,” said Spain goalkeeper Quico Cortes, who was named Player of the Match. “I think we are in a good way, that is for sure, from where we have come. The World Cup [where Spain were eliminated in the pool phase] was really disappointing for us, so we have made a step forward and we are in a good way, fighting with the top teams, but I think we have to make less mistakes and take in some matches the three points.” 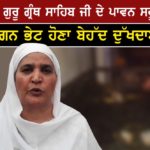 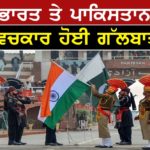