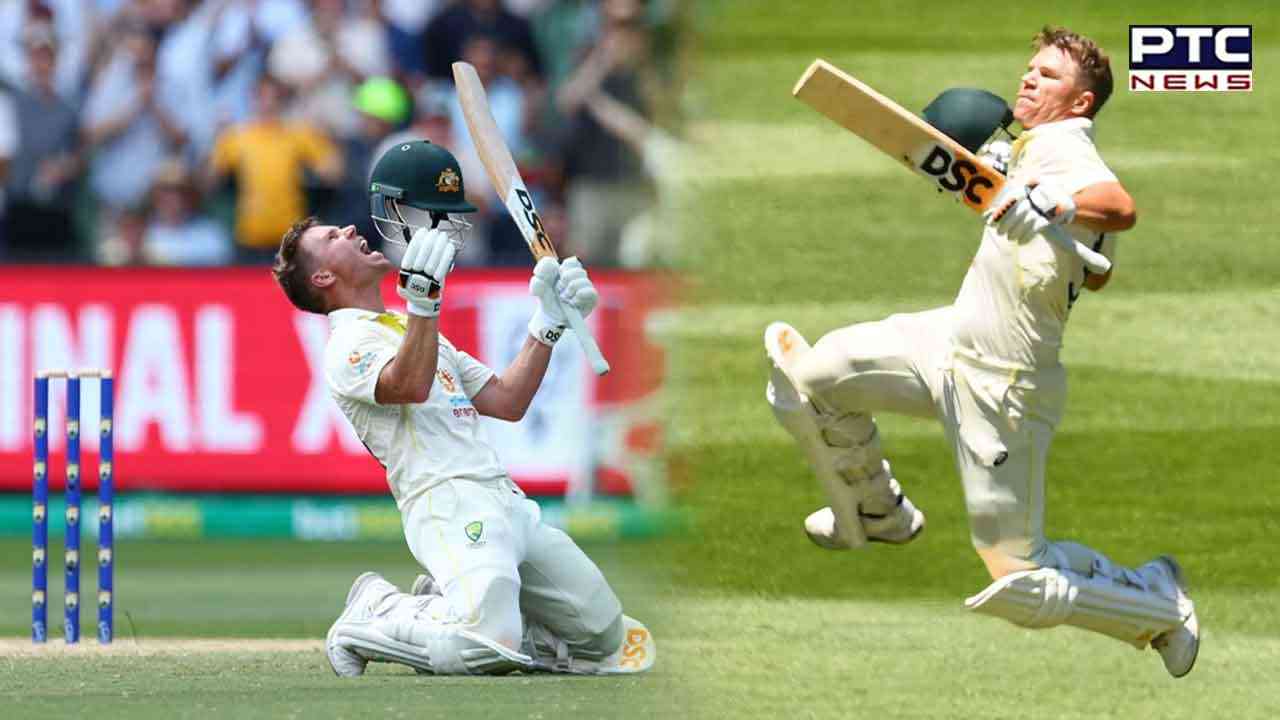 Melbourne, December 27: Australia's explosive opener David Warner has created another record by scoring a double century on the second day of the Boxing Day Test match being played in Melbourne on Tuesday. David Warner is playing this 100th Test match of his Test career, in which he scored 200 runs in 254 balls (not out). David Warner also hit 16 fours and 2 sixes during his innings. David Warner's strike rate has been 78.74 during this period.

The batter accomplished this landmark during Australia's second Test against South Africa at the iconic Melbourne Cricket Ground (MCG). In his 100th Test match, Warner delighted the crowd to the fullest and made a return to form at the most special occasion possible. He scored an unbeaten 200 off 254 balls, with 16 fours and two sixes at a strike rate of 78.74.