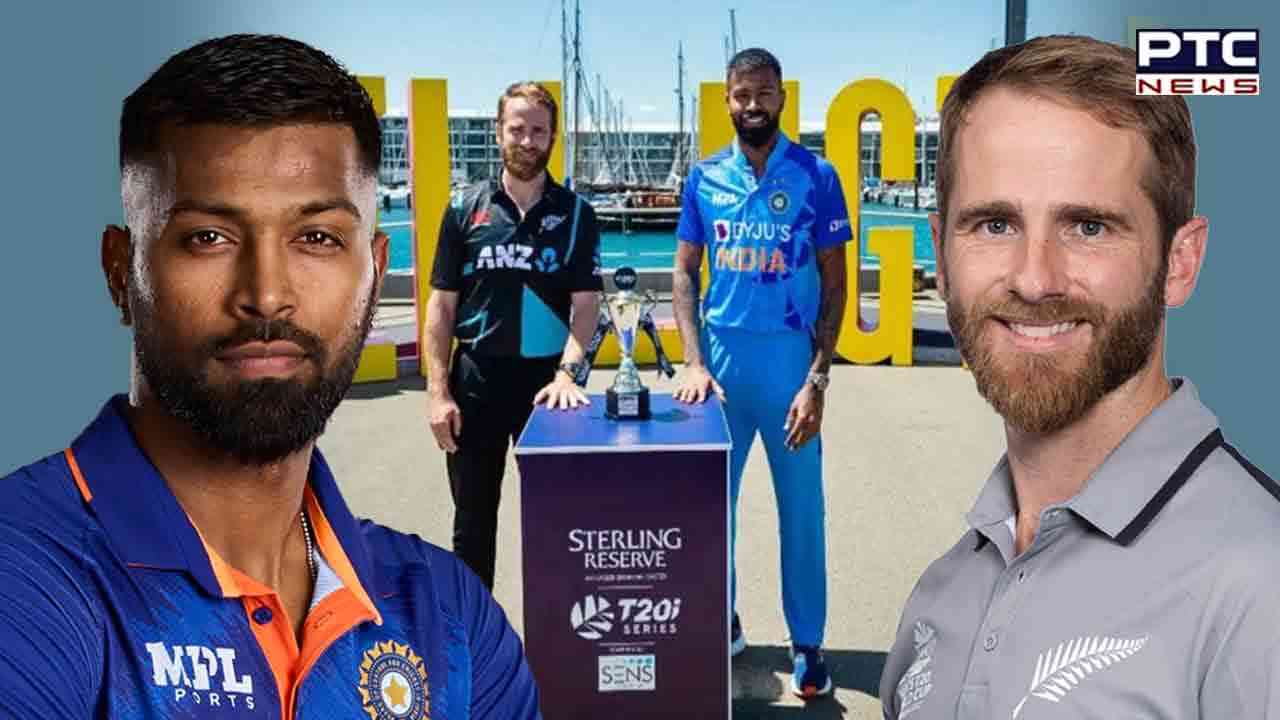 Wellington, November 18: The first game of the three-match T20I series between India and New Zealand officially has been abandoned due to heavy rain at Sky Stadium in Wellington without a single ball being bowled on Friday.

India's tour of New Zealand starts with a washout, with both teams eager to move on from their World Cup exits. Both teams will move to Mount Maunganui for Sunday's second T20I of the three-match series. The play was eventually called off just after 20:51 (Local Time). Following the three-match T20I series, New Zealand and India will be squaring off against each other for a three-match ODI series, starting from November 25. The 2nd T20I between New Zealand and India will be held at Bay Oval, Mount Maunganui on Sunday while the 3rd T20I will take place on Tuesday at Mclean Park, Napier.

There was approx a 90 per cent of chance at 7 PM Wellington Time that the match was scheduled to begin at 12:00 PM IST. The rain gets significantly increased as the day progressed and left no option for the umpires to call off the match.

Team India were hoping to put the disappointment of their departure from the T20 World Cup behind them against New Zealand in the first of three T20 Internationals on Friday. Like India, New Zealand too were eliminated in the semi-finals of the T20 World Cup after bagging the top spot in their group.

New Zealand's transition into a new era as their selectors opted against picking two of their stalwarts in Martin Guptill and Trent Boult, the latter because he no longer has a central contract.

There have been opportunities for people like Sanju Samson, Shreyas Iyer, and Umran Malik, among others in Indian team. Shubman Gill is another young person who has been selected for the team.