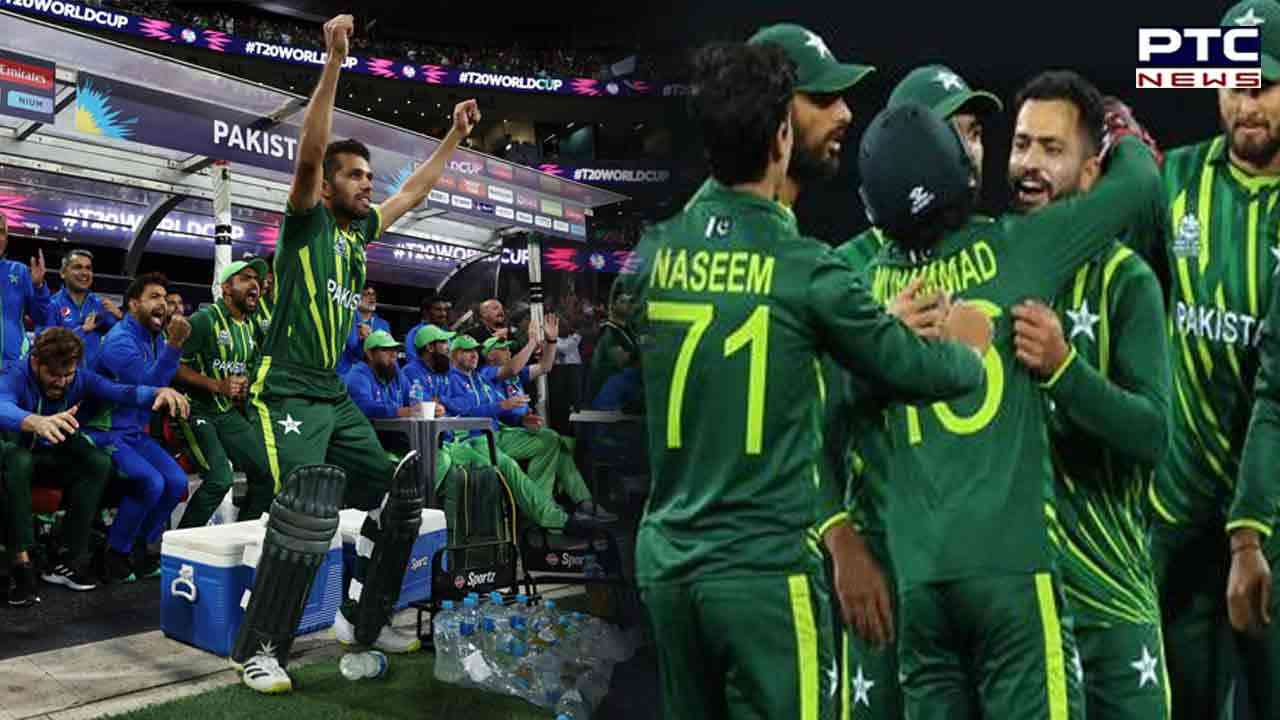 Sydney, November 9 : In a glorious moment, Pakistan cruise into the final of the ICC T20 World Cup after defeating New Zealand by seven wickets in the first semifinal at the Sydney Cricket Ground on Wednesday.

Men in Green will play either India or England in the final of the tournament.

Chasing 153, Pakistan was off to a fine start. Openers Babar Azam and Mohammad Rizwan seemed to be in good touch. The duo took star bowlers Trent Boult and Tim Southee to attack, smashing them for boundaries.

Kiwis did not seem to have any answers for Azam-Rizwan's batting as runs kept pouring. At the end of 10 overs, Pakistan stood at 87/0, with Azam (43*) and Rizwan (41*) unbeaten still.

Pakistan needed two runs in the final over. Iftikhar Ahmed was on the crease. They finished their innings at 153/3 in 19.1 overs, with Masood (3*) and Iftikhar (0*) unbeaten. 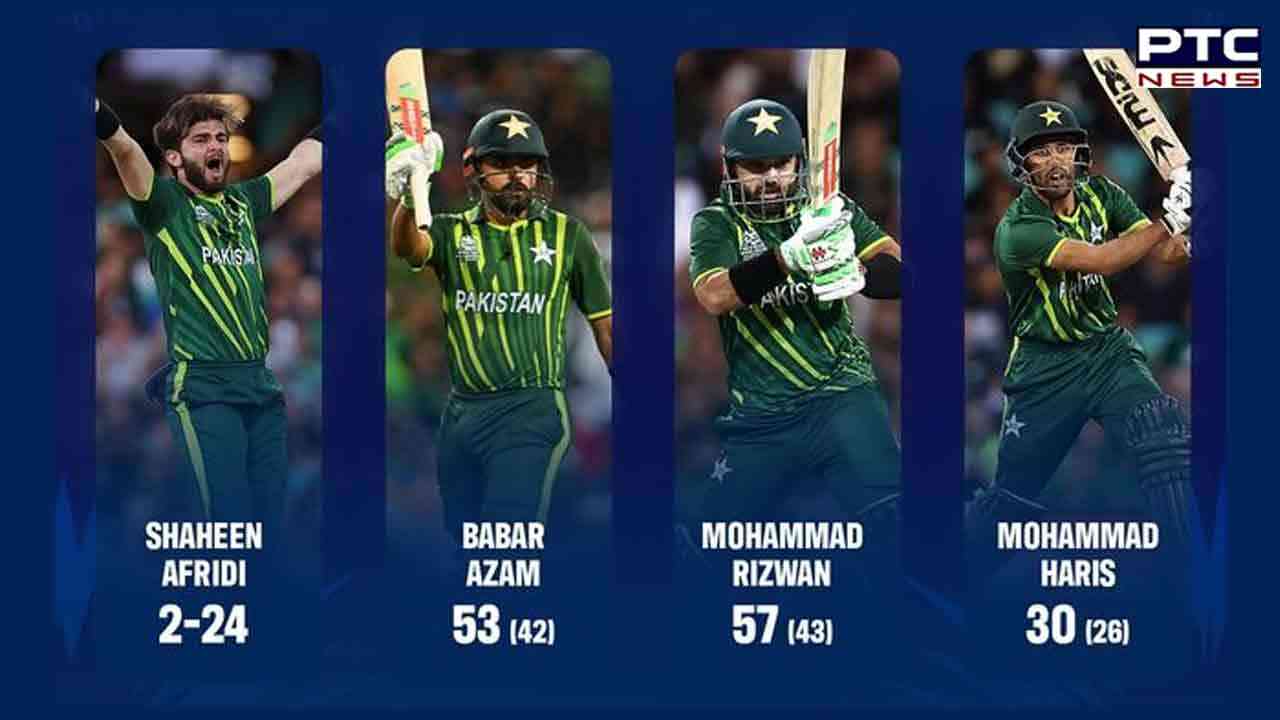 Boult (2/33) was the pick of the bowlers for New Zealand. Santner also took a wicket.

Opting to bat first, New Zealand openers Devon Conway and Finn Allen walked out to start the innings for their team. The inning got off to an action-packed first over with Allen smashing a boundary on the first ball, surviving a leg-before-wicket call on the second and finally getting dismissed on the third.

New Zealand looked set to end the powerplay with just one wicket down but Shadab Khan's brilliance on the field cost the Kiwis Conway's wicket after the batter set out for a risky single on the last ball of the sixth over. The team ended the powerplay with 38/2.

Middle-order batter Daryl Mitchell joined Williamson in a quest to steady the Kiwi innings and took the team to 59/3 at the end of the halfway mark.

The aggression rubbed off on Mitchell as he too launched a massive six to Shadab, bringing up the half-century stand with his captain for the team.

Pakistan's ace pacer Shaheen Afridi came back to bowl the 15th over in search of wickets but was caressed for a four by the Kiwi captain towards fine-leg.