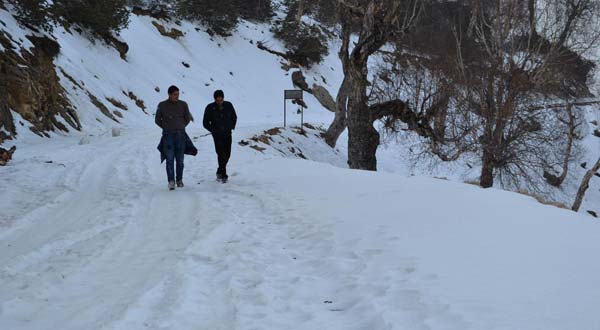 Srinagar recorded the coldest night this winter as the minimum temperature in the city dipped to minus 3.8 degrees Celsius even as Leh town continued to reel under extreme sub-zero temperatures.

Srinagar city had yesterday recorded a low of minus 3.7 degrees Celsius.

The night temperature across Kashmir division, including Ladakh region, stayed below the freezing point last night, a MET official said.

He said the mercury is likely to drop further as the weather would remain mainly dry over the next few days.

Gulmarg recorded a low of minus 4.5 degrees Celsius, 1.5 degrees down from the previous night, the official said.

He said Pahalgam registered a decrease of over two degrees in the night temperature as the minimum there settled at minus 4.4 degrees Celsius compared to the previous night's minus 4.1 degrees Celsius.