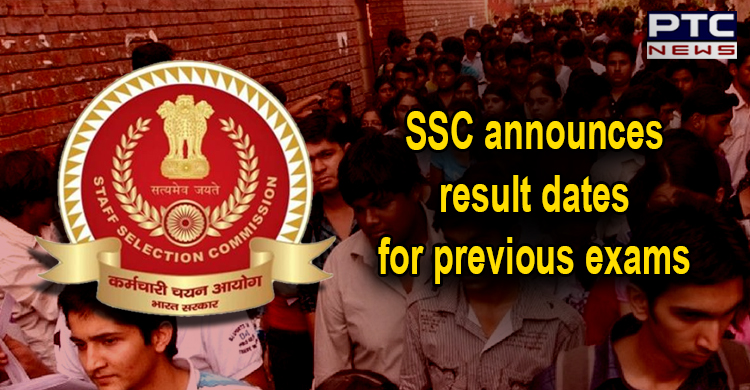 SSC recruitment 2020: The Staff Selection Commission (SSC) on Friday announced the dates on which it will release the result of those recruitment exams it had conducted earlier. As per report, the SSC CPO result for tier I exam will be declared on Friday – February 14, 2020.

Meanwhile, the result of Phase-VII selection posts will be out for all levels including matriculate, higher secondary and graduate level on February 17. Likewise, the result for junior Hindi Translator, junior translator, senior Hindi translator and Hindi Pradhyapak exam 2018 will be declared on February 20.

The result for Combined Higher Secondary level (CHSL) exam 2019 paper II will be announced on February 25. Meanwhile, the recruitment exam will be held from March 2 to 11. Likewise, the Stenographers grade C and D exam 2018 result for the skill test will be out on March 6.

The Lok Sabha was informed that the government will fill 6.8 lakh vacancies in the central government. In this year, the SSC will fill a total of 13,995 posts. Likewise, several agencies including SSC, RRB, Postal Service Board and Ministry of Defence are working to fill up the 3,10,832 vacant posts, including 27,652 posts of defence civilians.