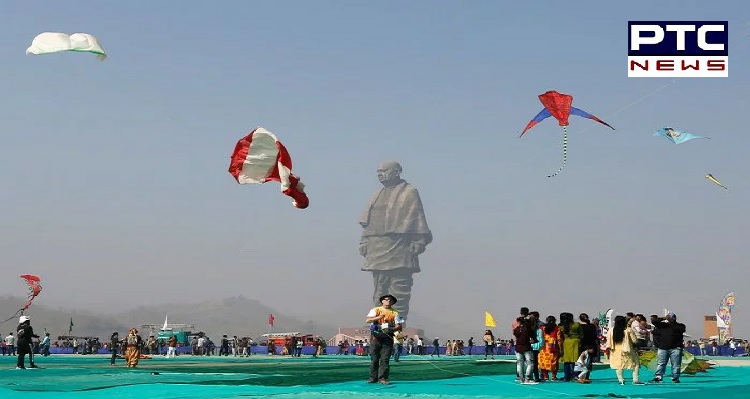 The 597-ft tall 'Statue of Unity' in Gujarat has found its spot in the Time magazine in its second annual list of the 2019 World's greatest places. The list is accompanied by the 100 new places to experience right now. The 'Statue of Unity' is the world's tallest statue which is 597-ft tall, is a tribute to the First Deputy Prime Minister of India, first Home Minister of India, Sardar Vallabhbhai Patel. Sardar Patel was among the prominent leaders of India's Freedom Movement. Also, it was Sardar Vallabhbhai Patel, because of whom several princely states were integrated into modern India.

The Statue of Unity is standing tall at 597 ft on the island of Narmada River. The statue is built over the Sarovar Dam in Gujarat, which gives astonishing views of the statue along with the nearby mountains and river. Time Magazine says, "The tourist attraction pays homage to Sardar Vallabhbhai Patel, who became India's first Deputy Prime Minister in 1947", quoted Livemint.

Time Magazine quoted, "Although Patel is touted as a symbol of national unity, he was claimed as an icon of the right-wing Hindu nationalists, the record-breaking statue is a monument to the country’s political divisions, as well as to Patel." Prime Minister Narendra Modi unveiled the statue on Patel's birth anniversary on October 31, 2018, after which at around 2.06 million people have visited the statue, till date.

Likewise, Prime Minister Narendra Modi said, "Excellent news vis-à-vis the ‘Statue of Unity’- it finds a spot in the Time Magazine 100 greatest places 2019 list. And, a few days back, a record 34,000 people visited the site in a single day. Glad that it is emerging as a popular tourist spot!"