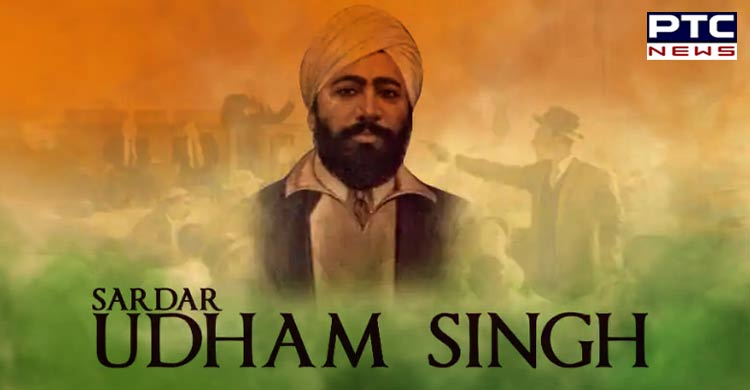 Sardar Udham Singh was hanged in a British jail on this day, July 31, in 1940. Udham Singh was born on December 26, 1899, into a Kamboj Sikh family of Jammu at Sunam, Sangrur district of Punjab.

Remembering the freedom fighter Sardar Udham Singh, Sukhbir Singh Badal wrote; "I salute the courageous son of the soil and great patriot Shaheed Udham Singh on his Martyrdom day. Supreme sacrifices made by these valorous and revolutionary freedom fighters will inspire Indians for ages to come."

Likewise, Harsimrat Kaur Badal said in a tweet: "Humble homage to the revolutionary freedom fighter Shaheed Udham Singh Ji on his martyrdom day. An epitome of courage & valour, the spirited saga of this braveheart is an example of patriotism not only for Indians but for people across the globe."

Meanwhile, Punjab Chief Minister Captain Amarinder Singh took to Twitter and wrote: "I join the nation in paying humble tributes to our great freedom fighter Shaheed-E-Azam Sardar Udham Singh Ji. His patriotism & sacrifice will continue to inspire generations of Indians. Work on his Memorial at Sunam is underway & will be completed within a year. Jai Hind! Flag of India."