Sukhbir dares Manpreet to prove charges or quit politics: Says he still respects Manpreet’s parents as his own

Shiromani Akali Dal president and former Deputy Chief Minister, Punjab, Sardar Sukhbir Singh Badal today dared the Punjab Finance Minister Manpreet Sing Badal to either prove the allegations of SGPC langar arranged for the bhog at the antim ardas ceremony of Sardarni Surinder Kaur Badal,  or quit politics.” I  offer to quit politics forever if Manpreet can prove his allegation on this score. Otherwise, he should either prove his charges or agree to quit politics. I dare him to accept my challenge.”

The Akali president said that he was amused to see Manpreet acting and speaking with the bitterness of a jealous man. “Instead of replying to our attack on his budget, he chose to spend most of his time venting his spleen on his erstwhile patron and father-like figure, Sardar Parkash SIngh Badal, to whom he owes his very presence in politics. “But having given expression to his bitterness hidden behind hypocritical culture and smiles, I hope he now also tells farmers and other people of Punjab what he intends to do about the promises made to them. But anyone who can betray his own family and benefactors will  not find it hard to betray the farmers and other people of Punjab,”said Mr Sukhbir Singh Badal.

Mr Badal said that everyone knows how Mrs Badal organised an endless chain of Langars for the devotees and for the poor. “To say that the langar for her own bhog would come from SGPC is  an act of shameful falsehood. The false and baseless allegation is born of a shocking

lack of grace .”  In a hard-hitting statement, Mr Badal said that he had been shocked at the “levels of cheap vulgarity  ” to which Manpreet has stooped in his frustrations. “I will never reciprocate his vulgarity with vulgarity. I still respect and will always respect his father Dasjiand Manpreet’s mother as my own parents. I will never utter a word of disrespect for either of them.  I have always worshipped them. This is what my religion and my parents have taught me. In fact, this is what both my father and Dasji also taught me. Surprisingly, Manpreet also received the same bringing up and even better schooling than mine. Therefore, I simply do not know where this vulgar and lowly streak in his personality comes from.”

Mr Badal said that the whole world knows that Mr  Parkash SIngh Badal had always treated Manpreet with profound love, affection and care, much greater than he has given even me. The whole world also knows that Mr Badal held Manpreet by the finger and steered him upwards in life. He even gave up his own seat at Gidderbaha to launch Manpreet in politics. Before I was anyone in Punjab politics, Manpreet was made the Finance Minister of the state by my father, which is the number two position in the cabinet after the Chief Minister himself. And this is how Manpreet repays his elderly, father-like uncle..”

Mr Sukhbir Singh said that he was amazed  and saddened to see Manpreet openly declaring that he was proud to play a traitor to the Badal family to win more laurels in the Congress party.” He has even threatened to commit worse acts betrayal of the family from where he received so much affection and so much power and glory.  I don’t know how he feels but like any other rural Punjabi, i would feel ashamed to talk like Manpreet has done about the elders in his family, or to betray the family.” At the same time, I dare him to go ahead and stoop as low as he wants to. “He will not go far in harming us with his cheap tactics and falsehood. ” 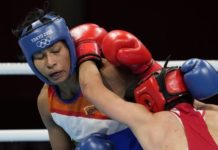