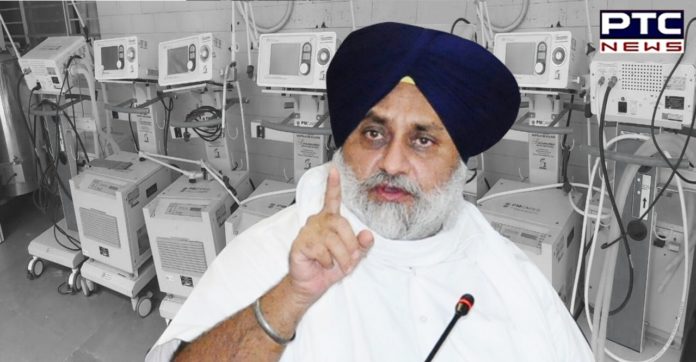 Shiromani Akali Dal (SAD) President Sukhbir Singh Badal on Wednesday requested Prime Minister Narendra Modi to order an inquiry into the purchase of faulty ventilators under the aegis of the PM Cares fund about reports that 71 out of the 80 ventilators received by the Guru Gobind Singh Medical College, Faridkot under the fund were found to be defective.

In a letter to Prime Minister Narendra Modi, the Shiromani Akali Dal President Sukhbir Singh Badal said “I am sure you would agree with me that supplying defective and inferior quality ventilators during a time of national health emergency is a criminal offense. The company responsible for this should be booked and they should be proceeded against as per the law”. 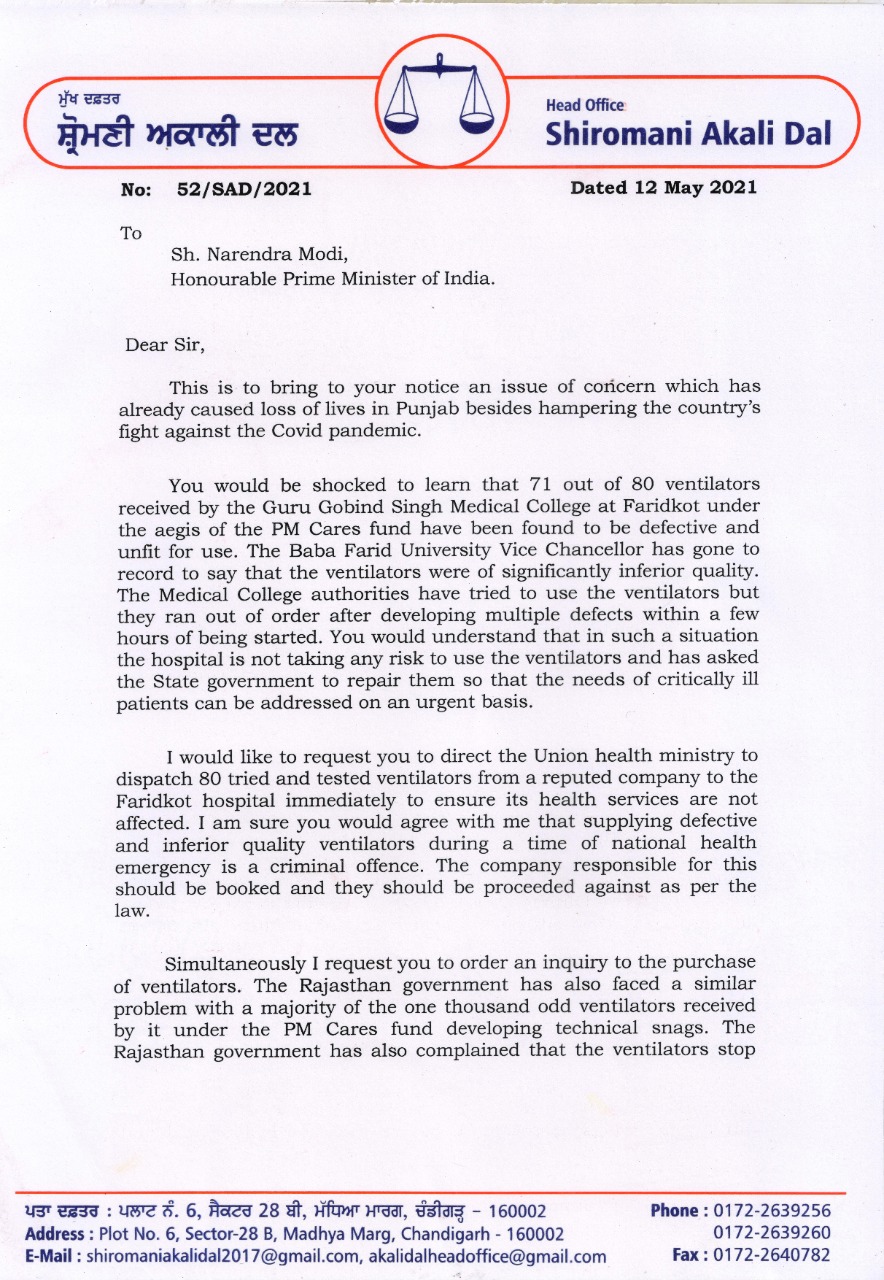 Sukhbir Singh Badal told the Prime Minister that it was equally important to probe the entire purchase order. “It is very important to ascertain if faulty ventilators were purchased deliberately because the entire issue smacks of a big scam. Action should be taken against all those responsible for endangering the lives of Covid patients, however big they may be”. 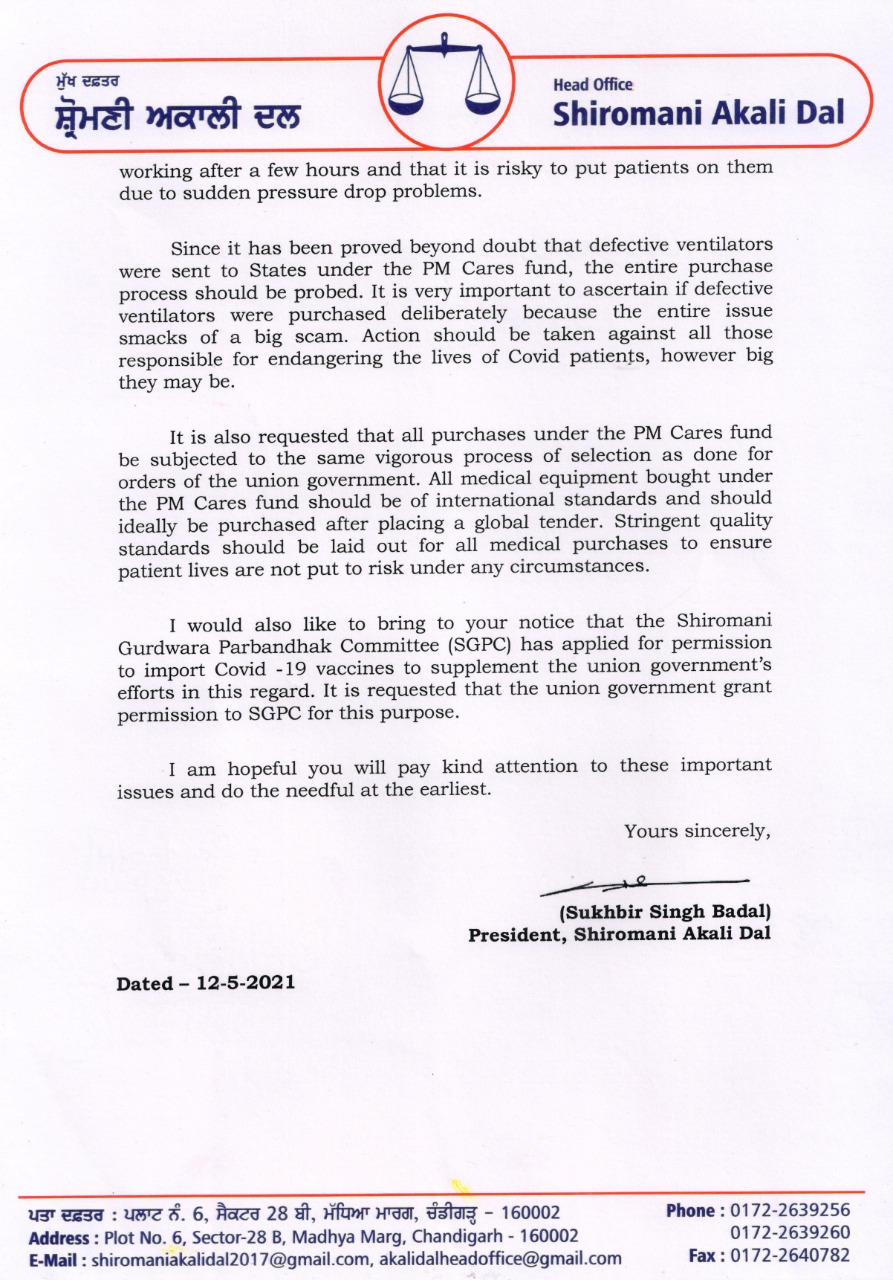 He also requested PM Narendra Modi that all purchases under the PM Cares fund be subjected to the same process of selection as done for orders of the union government.

Explaining the issue in his missive to the Prime Minister, the SAD President said the faulty ventilators had caused loss of lives in Punjab besides hampering the country’s fight against the Covid pandemic.

“You would be shocked to learn that 71 out of 80 ventilators received by the Guru Gobind Singh Medical College at Faridkot under the aegis of the PM Cares fund has been found to be defective and unfit for use. The Baba Farid University Vice-Chancellor has gone to record to say that the ventilators were of significantly inferior quality,” he said.

He further requested the Prime Minister to direct the Union health ministry to dispatch 80 tried and tested ventilators from a reputed company to the Faridkot hospital immediately to ensure its health services were not affected. 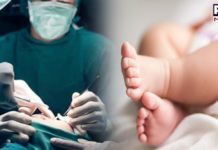 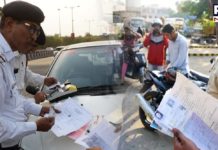 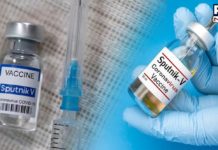