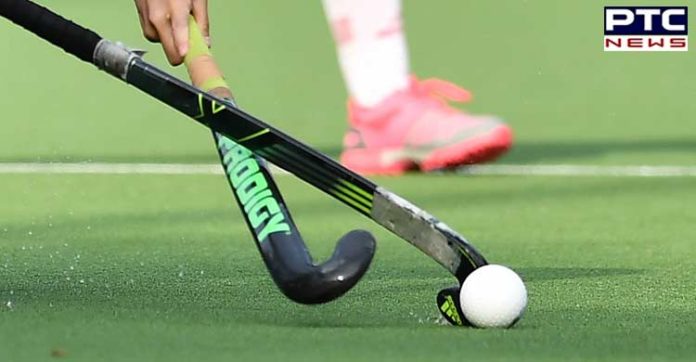 India suffered a reverse as it went down fighting 3-4 to Japan in its third game of the Sultan of Johor Hockey on Tuesday. The defeat, first for India, in three games, opens up the race for the top spot in the six-nation event. Gursahibjit Singh (31st minute), Sharda Nand Tiwari (38th minute) and Pratap Lakra (53rd minute) were scorers for India.

It was Japan that took an early lead through its very first attack earned a penalty corner. From the resultant drag flick, Watar Matsumoto converted to give them the lead. India did not let its heads drop though and almost drew level with a penalty corner in the third minute. But, Pratap Lakra’s effort was saved by Takumi Kitagawa in Japan’s goal. India’s attacking efforts were consistent and through the first quarter. Indian players were unable to apply the finish touch to their play. At the back, Prashant Chauhan pulled off a succession of great saves to ensure India went into the break trailing by a solitary goal.

In a scrappy second period, India created more opportunities for the equaliser but was unable to breach the Japanese defence in the final third. Japan played on the counter and scored a second in the 22nd minute — Kosei Kawabe converting a PC to double the lead. The teams went into halftime with Japan leading 2-0.

In an action-packed third quarter, India struck first, earning its second PC of the game almost straight from the restart. This time, Mandeep Mor and Gursahibjit combined with a PC  drill straight from the training ground for the latter to score India’s opener. Within two minutes though Japan struck back Keita Watanabe converting Japan’s fifth PC of the game to make it 3-1. Kosei Kawabe scored Japan’s fourth in the 37th to extend its lead to a three-goal cushion and at that point. Within a minute India pulled one back, Sharda Nand Tiwari slotting an inch-perfect drag-flick into the top right to make the score 4-2 as the teams went into the final break.

India went into the final quarter attacking without abandon. Its constant circle penetrations and attacking play was thwarted by the Japanese defense. In the 53rd minute Indian efforts finally paid dividends. Off a PC Pratap Lakra struck to bring India within one goal of a remarkable comeback. In the end, though it wasn’t to be, as Japan held on to take a 4-3 victory.

Earlier, Great Britain continued to maintain its unbeaten record with a solitary goal win over Australia.