The Supreme Court of India has consigned a plea seeking decriminalisation of gay sex between two consenting adults to a larger bench.

A bench of three Judges, Chief Justice Dipak Misra and Justices A M Khanwilkar and D Y Chandrachud said that the issue required to be debated by the larger bench. The plea on the issue can be conducted under section 377 of the Indian Penal Code. Whereas, section 377 of the IPC refers to ‘unnatural offences’. It says whoever voluntarily has carnal intercourse against the order of nature with any man, woman or animal, shall be punished with imprisonment for life, or with imprisonment. The term of a sentence might extend to ten years with that fine could also be imposed.

The bench was hearing a fresh plea filed by one Navtej Singh Johar seeking to declare section 377 as unconstitutional to the extent that it provides prosecution of adults for indulging in consensual gay sex.

Appearing for Johar, the senior advocate Arvind Datar said that punitive provision was unconstitutional as it also provided prosecution and sentencing of consenting adults who were indulging in such sex.

Datar pleaded before the court that two adults could not be put in the jail who have been involved in the consensual unnatural sex. Datar referred to a recent nine-judge bench judgement in the privacy matter to highlight the point that the right to choose a sexual partner was part of fundamental right.

Datar also put forward the reference of 2009 Delhi High Court judgement delivered on a plea of NGO ‘Naz Foundation’ in which the provision was held unconstitutional.

Consequently, the apex court had set aside the judgement of high court on 2014 terming the provision as constitutional.

A curative plea was filed referring to a larger bench, After the turning down the review petition against the 2014 judgement. 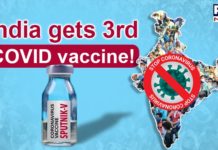