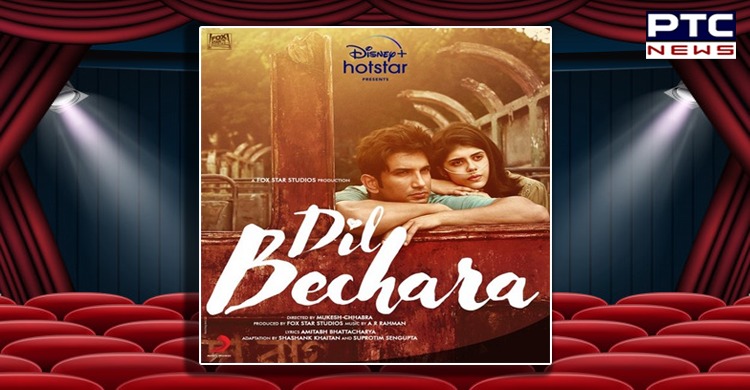 The trailer of Sushant Singh Rajput's last film, Dil Bechara, dropped on Monday and fans were so excited and emotional as well.

As of this writing, the trailer has just about 23 million views on YouTube after almost 22 hours of being released. It is having around 5.3 million likes in less than 24 hours creating the record. 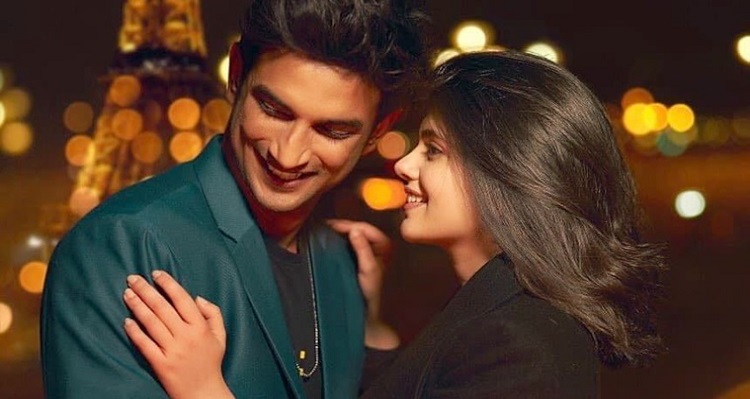 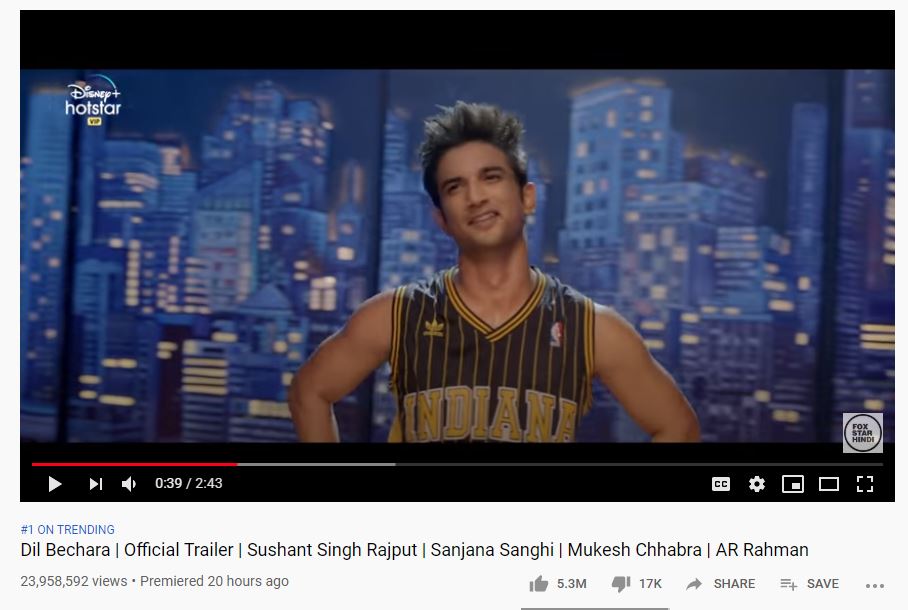 Dil Bechara is an official remake of the 2014 Hollywood romantic drama The Fault In Our Stars, based on the bestselling novel by John Green. 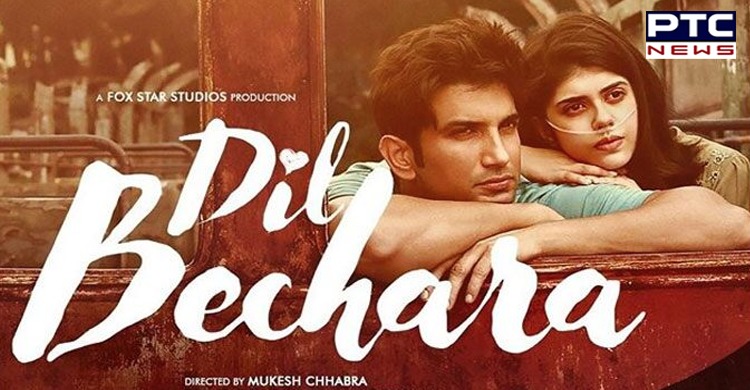 It is about two teenagers who fall in love after they meet each other at a cancer support group. Sanjana Sanghi is playing the character of Kizie Basu, who is suffering from terminal cancer and is hesitant of getting romantically involved with Manny, played by Sushant Singh Rajput.

The film is also having Saif Ali Khan in a cameo. Oscar-winning legend AR Rahman and lyricist Amitabh Bhattacharya have collaborated to create music for the most-anticipated film. The film is all set to premiere on Disney+ Hotstar on July 24.