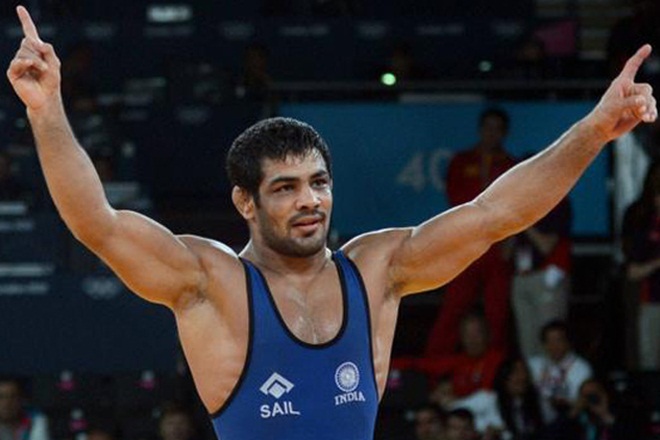 Celebrated Indian wrestler Sushil Kumar lost his first bout in more than four years while competing at Tbilisi Grand Prix in Georgia on Wednesday, even as his compatriot Bajrang Punia progressed to the semifinals.

Sushil lost 4-8 to Polish grappler Andrzej Piotr Sokalski in the 74 kg category. It's not an ideal result for Sushil in the build up to the Asian Games. The WFI had exempted him from trials, held last month.

The 35-year-old was handed exemption, give his past result and form as he had won his third CWG gold in Gold Coast.

Before this defeat, Sushil had lost a bout way back in May 2014 in Sassari (Italy) where he lost to Luca Lampis of France.

Sushil was re-admitted to the Target Olympic Podium Scheme (TOPS) after a gap of two years last month.

Deepak Punia outwitted Georgy Rubaev of Moldova in the round of 1/8 but lost 4-6 to local hope Saba Chikhradze in the 86kg quarterfinals.

Meanwhile, in the cadet World Championships at Zagreb, Croatia, Gaurav Baliyan assured himself of a silver medal in the 71lg category after setting up the summit clash with Bagrati Gagnidze of Georgia

Aman (51kg) defeated Adem Burak of Turkey to won bronze medal. He had earlier beaten Ibrat Khabibullaev of Uzbekistan 8-6 in the repechage.

Ravinder (60kg) defeated Albania's Emanuel Cekrezi 10-0 in repechage to set up a clash with Sabir Jafarov of Azerbaijan for bronze medal.

1 Pilot killed in the crash of Sukhoi, Mirage fighter jets near Gwalior