New Delhi: External Affair Minister (EAM) Sushma Swaraj was at her wittiest best on Twitter on Thursday, when responding to a tweet in which a man said he was stuck on planet Mars, she said the Indian embassy will help any of its countrymen even if they are located on a different planet.

Responding to a tweet, which said, “@SushmaSwaraj I am stuck on mars, food sent via Mangalyaan (987 days ago), is running out, when is Mangalyaan-II being sent ? @isro,” Swaraj replied, “Even if you are stuck on Mars, Indian Embassy there will help you.”

Swaraj’s personalised engagement with people on Twitter is among the primary reasons for her popularity on the social media platform.

Swaraj, who tweets from the handle @SushmaSwaraj, has a current following of 8.1 million. 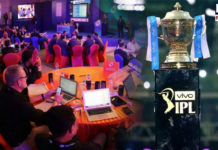