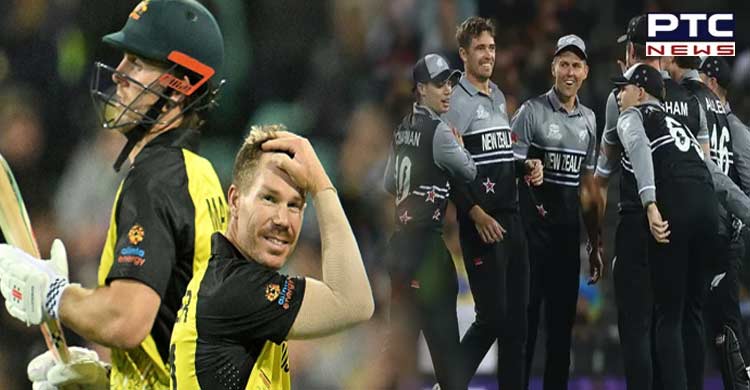 Sydney, October 22: Defending champions Australia started their ICC T20 World Cup 2022 campaign with an 89-run loss to New Zealand, their first defeat at home to their arch-rivals since February 2009 in white-ball cricket.

Kiwis had last won a white-ball game, a One Day International (ODI) against Australia during Chappell Hadlee Trophy in February 2009. They had to wait for more than 13 years to register their next win against the Aussies in white-ball cricket in Australia. Australia also set two other records after their loss to New Zealand. 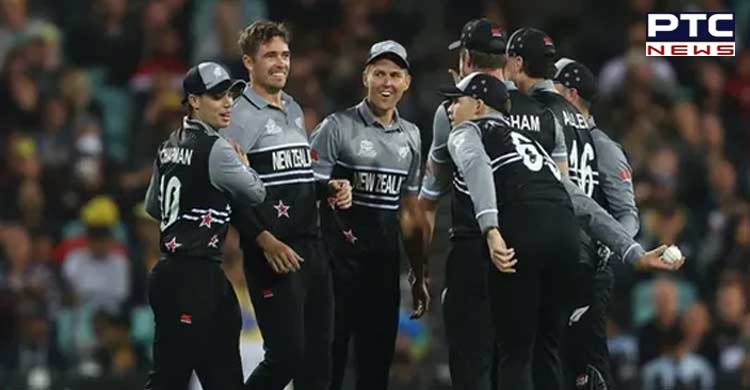 Kiwis had last won a white-ball game, a One Day International (ODI) against Australia during Chappell Hadlee Trophy in February 2009.

With this win, Kiwis are at the top of the points table with two points while Australia is at the bottom with zero points. It was a memorable day for New Zealand as they outclassed the defending champions and their arch-rivals in every department.

Coming to the match, New Zealand posted a massive 200/3 in their 20 overs.

Opener Finn Allen scored 42 off just 16 balls with five fours and three sixes to help his side cross the 50-run mark in less than four overs.

Conway and Williamson (23) put up a 69-run stand for the second wicket. Conway's brilliant 92* and all-rounder Jimmy Neesham's entertaining cameo of 26 off 13 balls powered New Zealand to 200/3 in their 20 overs. Josh Hazlewood was the pick of the bowlers for Australia, picking up 2/41 in his four overs. Spinner Adam Zampa also picked 1/39 in his four overs.