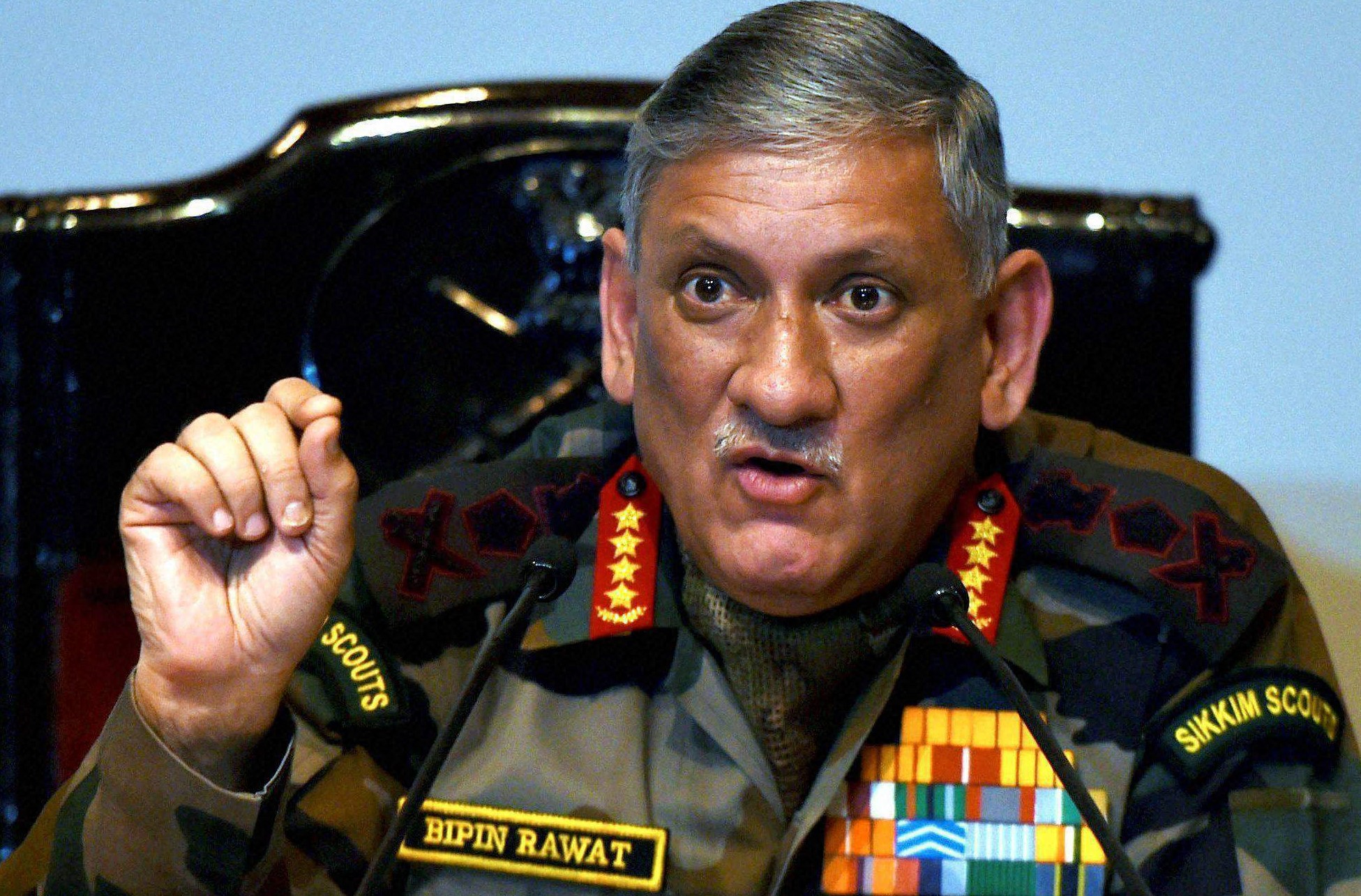 Terrorism is becoming a new form of warfare and it will keep growing like a "multi-headed monster" till nations continue to use it as a State policy, Army Chief Gen. Bipin Rawat said Wednesday as he pitched for some control over social media to contain spread of radicalisation and terror-funding.

In an address at the Raisina Dialogue, India's flagship conference on geopolitics, the Army Chief said there should be talks with the Taliban so as to bring peace to Afghanistan but asserted the engagement must be without any preconditions.

In a clear reference to Pakistan, Gen. Rawat said a "weaker nation" has been using terrorists as a proxy to put pressure on other nations to come to terms with them, and warned against tolerating such policy.

"If this is going to happen, then there will be States that will be funding the terrorists and allowing them to move around in the manner in which they want to move," he said, adding Pakistan has always kept the Taliban in its backyard.

Identifying social media as a platform to spread radicalism and generate financial resources for terrorism, the Army Chief said time has come to put some control over it.

In Jammu and Kashmir, he said, youth are being radicalised using "misinformation" and falsehoods on religion.

"It is a low visibility, high-gain option. This is now becoming a form of warfare. We referred to gurilla warfare some years ago. This is now graduated to terrorism," he said.

Gen. Rawat, observing that terrorism was becoming a new form of warfare, said the menace is now spreading its head like a multi-headed monster.

He said there was definitely a nexus between drugs and guns and unless movement of drugs was controlled, it will be difficult to contain the movement of funds and guns.

He said radicalisation through the social media was a matter of great concern as a lot of people are getting radicalised using the platform.

"I think we have a lot to do with the media and the social media which must be controlled.

For this if one particular nation starts controlling a particular media, it will be taken as media rights are being curbed.

"Therefore, I think the international community must get together in ensuring that the source of the social media is prevented from spreading false information and disinformation because a lot of funds are coming from people who are getting radicalised," said Gen. Rawat.

He said radicalisation through social media was also becoming one of the causes for raising of funds by the terrorist organisations.

They are being convinced about the acts of terrorists and the radicalised people are also helping the terror outfits in generating funds, he said.

The Army Chief said the ISIS has not been able to find its feet in India as in some other countries and attributed it to India's rich family values and good neighbourhood watch system. PTI