There's nothing wrong with my training method: Yuki 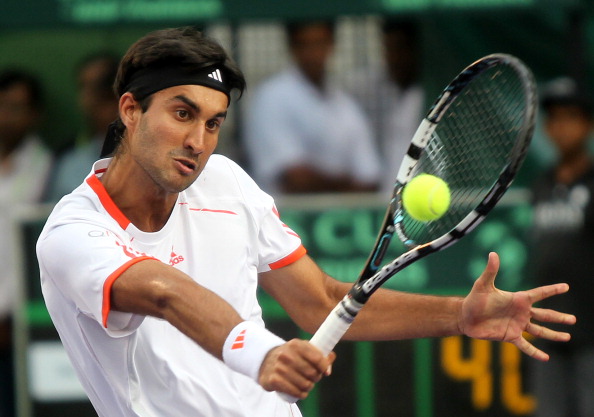 New Delhi: Injury has yet again forced Yuki Bhambri out of a Davis Cup tie but the country's top singles player denied that there was anything wrong with his training methods.

Bhmabri is nursing a knee strain will miss the tie against Uzbekistan starting April 7.

Bhambri's career has been marred by a spate of injuries, which adversely affected his progress on the professional tour after a successful run in the junior circuit.

The Delhi lad had to spend half of the 2016 season outside the courts due to a tennis elbow injury. It happened when he was expected to scale greater heights after breaking into top-100 late in 2015 and was even planning to hire a travelling coach.

Yuki made a stupendous start to the current season by qualifying for the Chennai Open and recently reached two Challenger level semifinals in China.

However, now a strain in his knee has ruled him out of the Asia/Oceania Group I tie, scheduled for the weekend.

"I am ready for any input. I am the first person , who does not want to get injured. If anybody can help me in telling what I am doing right or wrong, I will happily take that on board," Yuki, was once a World No 1 in junior circuit, told PTI in an interaction.

"As far as I am concerned, I train the best I can. What I am doing is correct but sometimes, you just can t control things," Yuki said.

Yuki asserted that he will be back with a bang.

"This (injury) is a minor one, just came at a wrong time.

There is nothing that should stop me (from doing well ) this season. I should be back by the end of this month," he said.

Last year Yuki had missed out on two home ties against Korea and Spain.

"It's always disappointing to miss any tie, whether it's a home tie or an away tie. It's a bit unfortunate. Hopefully, we can win this and I can comeback to play the Play-offs (in September)."

His absence certainly changes the equation and non-playing captain Mahesh Bhupathi has been left with no option but to ask either Leander Paes or Rohan Bopanna to be in playing squad.

When an opponent of Denis Istomin's calibre is across the court, the hosts needed a fighter like Yuki, who has matured as a player. However, Yuki says India had enough ammunition to counter the Uzbeks.

"It's a shame but we will be fine. We have enough people now. For the last 10 days, I was playing with pain in my knee.

It's a bit sore. I did not want to take a chance and pushing early this season," Yuki, who is now placed outside top-300, explained.

When reminded that Ramkumar was not having a great time and that India will find is extremely tough in his absence, Yuki backed his teammate.

"Who says Ramkumar is struggling? He is doing well, he has won good matches. He has beaten top 120, 150 (ranked players)."

Captain Bhupathi had introduced new rules for the players and one of those was that all the players have to prove their fitness before making themselves available national duty.

Asked if he had undergone that test, Yuki replied in a negative.

"I was supposed to but I realised I won't be able to play. But hopefully by the next tie, I will be fit and will have my tests done."

Yuki said it would be unfair to comment on Bhupathi's style of captaincy without having played under him but supported the changes he was bringing in.

"Every captain brings his distinct style. I absolutely loved playing under Anand (Amritraj). I think everyone is going to enjoy under Mahesh as well. I don't see any harm in this (idea of fitness test). It's only beneficial for the players and the team," he said.

The winner of the second round tie, slated for April 7-9 in Bengaluru, will qualify for the World Group Play-offs in September