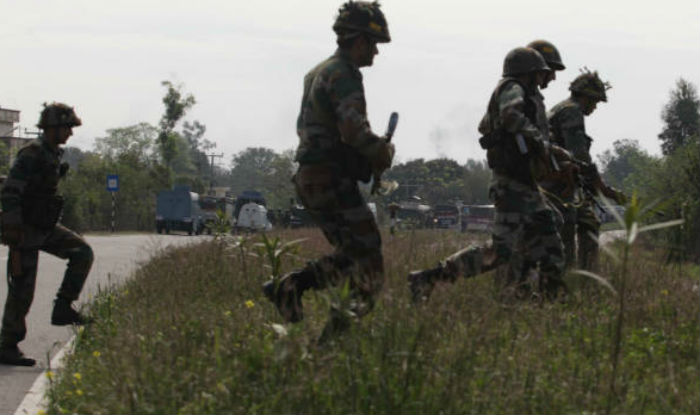 Three civilians, including a girl, were killed and two others injured when Army personnel opened fire during clashes with stone-pelting protesters in Jammu and Kashmir's Kulgam district, the police said.

Saturday afternoon, a group of miscreants pelted stones at an Army patrol which was passing through Hawoora Mishipora area of Kulgam in south Kashmir, a police spokesperson said. 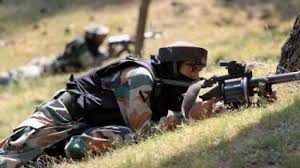 Five people sustained injuries when the Army personnel tried to disperse the protesters, he added.

The injured were rushed to a nearby hospital where three people, including a girl, succumbed to their injuries, the spokesperson said.

He said condition of the other two is stated to be stable.

The police have initiated an investigation into the matter, the spokesperson said.

A defence spokesperson here said some soldiers also sustained grievous injuries in the incident as they came under heavy stone-pelting and firing from militants. 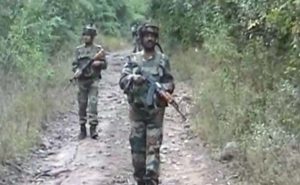 “Area Domination Patrol (ADP) of the Army, while moving in general area Hawoora, Kulgam, came under heavy stone-pelting. As the ADP tried to extricate, it was chased by an aggressive and menacing crowd of 400-500 persons which kept building up and coming dangerously close," the spokesperson said.

The troops, while exercising extreme restraint, cautioned the stone-pelters, who refused to relent and hurled petrol bombs at the patrolling party, he said.

"At one point, some unidentified terrorists also fired at the column. This resulted in some soldiers sustaining grievous injuries. In response to this grave provocation and to ensure safety of troops, the Army resorted to controlled firing which resulted in the unfortunate loss of human lives,” the spokesperson added.

He said the matter was being investigated to ascertain the facts.

Authorities suspended mobile internet services in most parts of Kashmir as a precautionary measure in the wake of the civilian deaths.

The mobile internet services have been suspended in Anantnag, Kulgam, Pulwama and Shopian districts in south Kashmir and Srinagar and Budgam districts in central Kashmir, a police officer said.

The decision to bar the services was a precautionary measure to maintain law and order and prevent any untoward incident, he added.

Northern Army Commander Lt Gen Ranbir Singh was invited to participate in the discussions, he said.

Expressing deep anguish over the loss of civilian lives, Vohra reiterated the importance of the Army and all security forces strictly adhering to the Standard Operating Procedures (SOPs) to avoid civilian casualties and collateral damage, even in situations of extreme provocation, the Raj Bhavan spokesperson said.

The Governor also re-emphasized the importance of sustained collaborative action and synergy between the armed forces and the state police with the civil administration in dealing with difficult situations to prevent the loss of civilian lives, he added.

Vohra was briefed by the heads of security forces on issues relating to security management and the arrangements made for safe conduct of the ongoing Amarnath Yatra.

The meeting came hours after militants lobbed grenades at security forces in Srinagar and Pulwama.

Authorities ordered a security clampdown in Kashmir on saturday, on the eve of the second death anniversary of Hizbul Mujahidden commander Burhan Wani.

Restrictions were imposed in Wani's hometown of Tral in south Kashmir and in the Nowhatta and Maisuma police station areas of Srinagar, while security was beefed up across the Valley.

Wani was killed in an encounter with security forces in Kokernag area of south Kashmir's Anantnag district on July 8, 2016. His killing had triggered massive protests and prolonged period of curfews and shutdowns across the Valley.

Meanwhile, the separatists' call for a strike against the shifting of Asiya Andrabi, the chief of radical women's outfit Dukhtaran-e-Millat (DeM), to Delhi by the National Investigation Agency (NIA), evoked mixed response in the Valley on saturday.