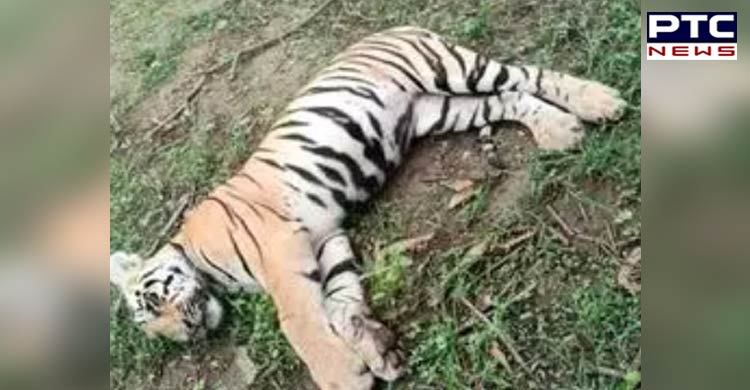 In a major incident, a tigress and her two cubs have been found dead in under the range of Chimur forest in Chandrapur district, here on Monday. The cubs are said to nearly a year old. The three bodies were found by the locals at three different places near a village Metepur which falls under the Shankapur round. RFO Bhavik Chiwande stated that the cause of death is still uncertain. As per sources, a couple of villagers went to collect Jamun fruit from the tree located near Nullah when they saw the bodies.

The locals informed the local NGO Tarun Paryawaranwadi Mandal who later informed the forest officials. Bhavik Chiwande claimed that the bodies of tigress and cubs are fresh and all the body parts of the three tigers are intact. Also, Chiwande said there have been no visuals of poisoning, but the exact cause will only be confirmed after the post mortem report will come.