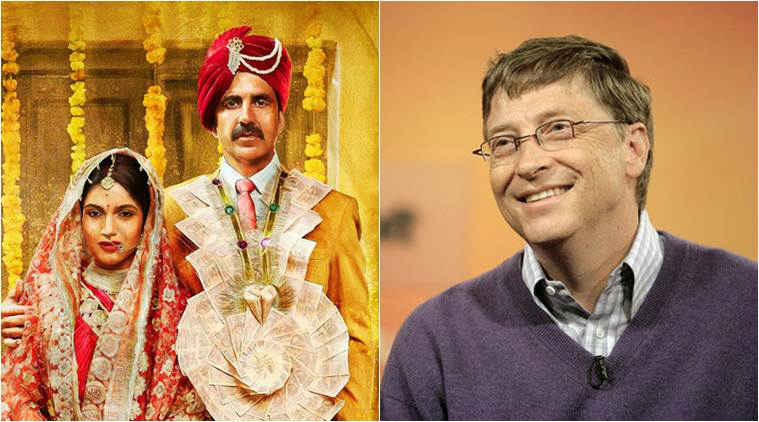 Bill Gates, Microsoft co-founder took to Twitter on Tuesday and listed seven inspiring tweets in 2017, making a prominent place on the list, Akshay Kumar and Bhumi Pednekar-starrer Toilet: Ek Prem Katha made it to the second.

He wrote, “There’s no denying that 2017 was a really tough year... but it also delivered some amazing moments of hope and progress. Here are some inspiring tweets that you may have missed…”

Gates praised the fact it had educated audiences on the crisis, which sees one in 10 deaths in India linked to poor hygiene.

Toilet Ek Prem Katha deals with the menace of open defecation and is based on a real-life incident wherein a woman left her husband after finding out that there was no toilet in their house. It was said to be based on Prime Minister Narendra Modi’s Swachch Bharat Abhiyan.