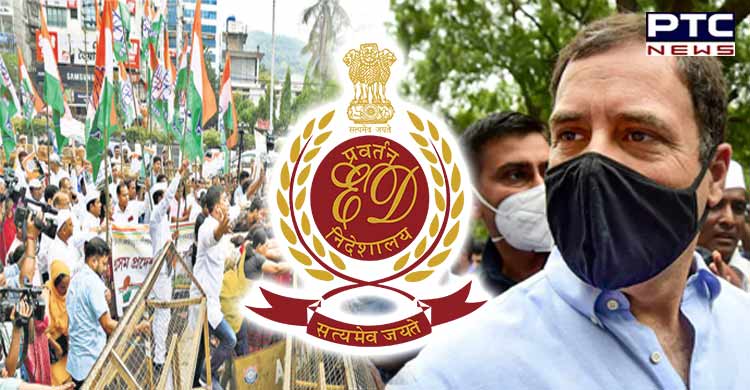 New Delhi, June 14: Senior Congress leaders Adhir Ranjan Chowdhury, KC Venugopal and others were detained by the Delhi Police and taken to the Tughlak Road police station on Tuesday while they were protesting over the Enforcement Directorate's (ED) probe against party leader Rahul Gandhi in the National Herald case.

The leaders were protesting outside Congress headquarters, Akbar Road in the national capital. The leaders detained by Delhi Police include Gaurav Gogoi, Deepender Singh Hooda, Ranjeet Ranjan, Imran Pratapgarhi and others.

Meanwhile, Rahul Gandhi arrived at the ED office in the national capital on Tuesday for the second consecutive day to join the probe in the money laundering case related to the National Herald. Prior to reaching the ED office, he visited the Congress headquarters along with sister and party general secretary Priyanka Gandhi Vadra to join the protest. Rahul was questioned for over 10 hours by the ED on Monday. 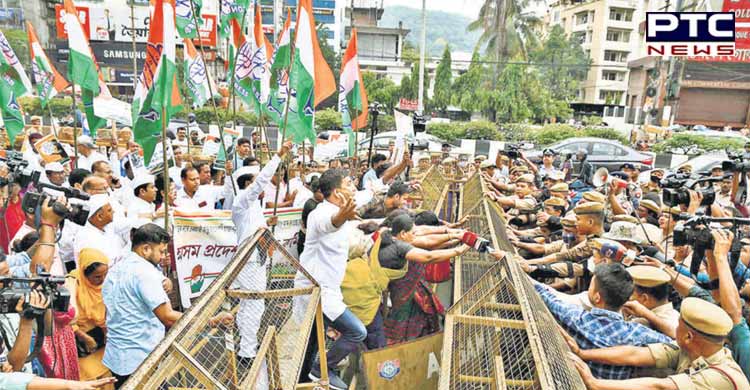 Meanwhile, the Congress on Tuesday said the Centre was scared of the Wayanad MP as he raised his voice against issues such as unemployment, inflation and Chinese infiltration.

Addressing a press conference, Surjewala said, "Why is BJP scared of Rahul Gandhi's strong voice? When China infiltrated and the government was in denial mode, it is Rahul Gandhi who raised his voice. Even today, the government could not drive China out."

"Rahul Gandhi has been raising his voice against the Modi government on inflation and rising prices of petrol and diesel. That is why, there is a problem with Rahul Gandhi. He raised questions about the sinking economy and unemployment. This is the reason the Centre is upset with Rahul Gandhi," he said. 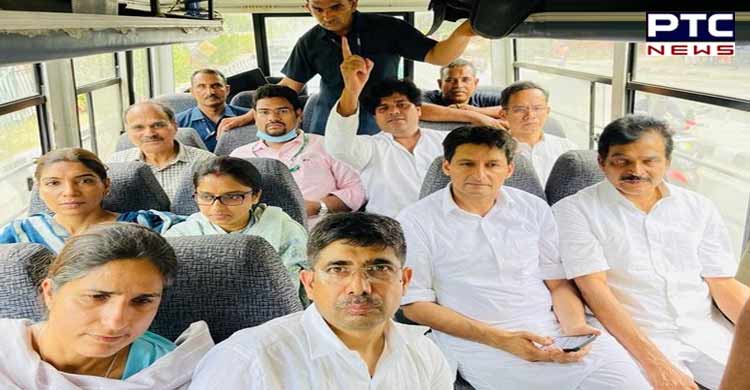 Surjewala said the Wayanad MP highlighted the mismanagement of the COVID pandemic and forced the government to provide free vaccines. Attacking the Centre further over the unemployment issue, the Congress leader said, "It is called '900 chuhe khaakar billi Hajj ko chali'. We are experiencing the worst employment rate in 50 years. The rupee value is the lowest in 75 years."

The Congress's "Satyagraha protest" - against what it claimed was the alleged misuse of the probe agencies by the Centre - began early on Monday. Sloganeering, demonstrations, posters, air balloons were seen at party headquarters and other parts of the national capital. 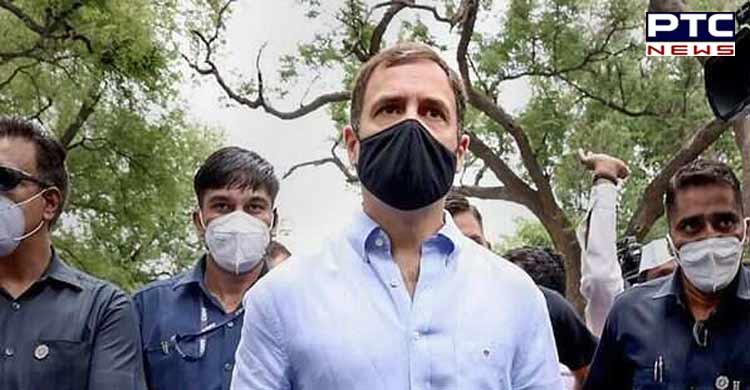