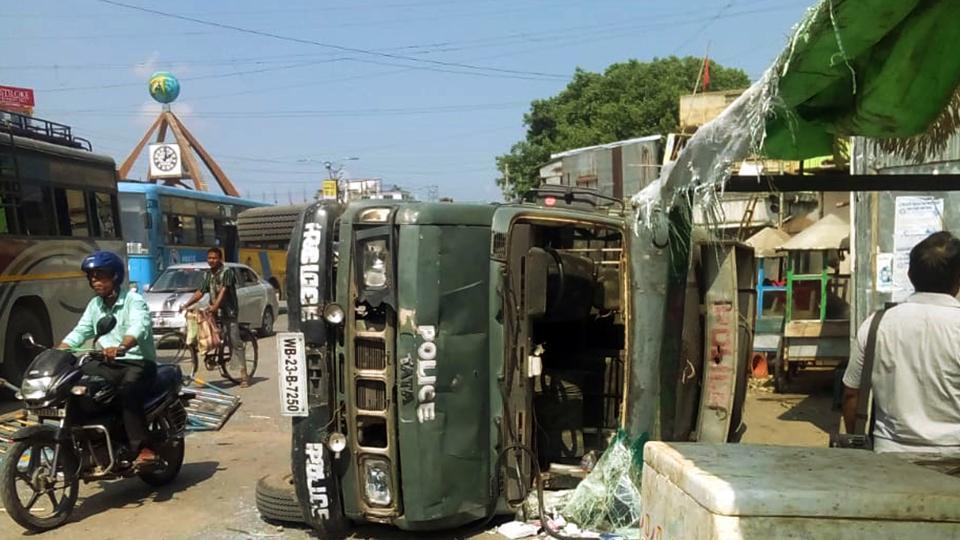 Three political workers, including two from the Bharatiya Janata Party (BJP) and one from the Trinamool Congress, were killed in a clash between the supporters of the two parties in West Bengal’s North 24 Parganas district, on Saturday, police said.

However, the BJP claimed five of its workers were killed, while Trinamool leaders claimed that three of their workers were murdered in the clash in the Hatgachi area under Najat police station of Sandeshkhali Assembly constituency. Hatgachi is about 84 kilometers from Kolkata.

BJP leader Mukul Roy called on Union Home Minister Amit Shah on Saturday night and apprised him of the situation. “A team of BJP MPs will visit the area on Sunday and submit a report to Shah,” she said.

“Three political workers - two of them from the BJP and another from Trinamool - were killed,” said a police officer.

The Trinamool said while its worker Qayum Mollah was stabbed to death, two others were thrown into the water.

According to the BJP leaders, the clash erupted after Trinamool workers allegedly removed the saffron party’s flags in Sandeshkhali area, while local Trinamool leaders accused the BJP workers of defacing their flags.

“During a booth level meeting of our workers in Hatgachhi, some miscreants, backed by the BJP, attacked them. Mollah, a 26-year-old Trinamool worker, was taken out of the party office and stabbed to death,” state Minister and Trinamool’s district President Jyotipriya Mallick claimed.

“Two other workers were thrown into the river. Eighteen Trinamool workers, including six women, are injured, he said. I would like to ask the BJP whether we don’t even have the right to hold a meeting.

A large posse of police personnel, including those from the Rapid Action Force, have been rushed to the spot.

Union minister and BJP leader Babul Supriyo in a tweet said he was ‘deeply disturbed’ about the murders of BJP functionaries.

“The people of West Bengal will very soon put an end to TMC’s atrocities,” said Supriyo.