Triple Talaq bill not against any religion 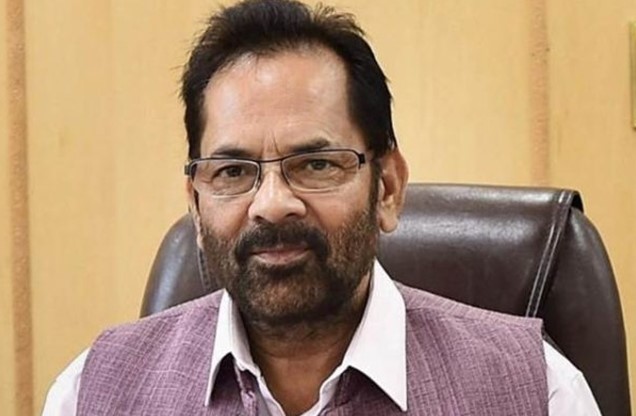 Union Minister Mukhtar Abbas Naqvi on Thursday defended the penal provision in the triple talaq bill saying it is important to instil fear in the minds of those still practising it and rejected suggestions that it was against any religion.

Intervening in the debate on the bill in the Lok Sabha, the Minority Affairs Minister said acts like murder are against the law but people still commit such crime and hence there is provision for punishment.

This is not to victimise anyone but to provide safety and protection to Muslim women, he said, adding, Muslim Personal Law Board and Ulemas are also against triple talaq.
Terming triple talaq as a social evil, he said, the time has come to abolish it.

Many Islamic nations have already made it illegal, he said citing an example of countries like Pakistan that made it illegal in 1956 and Syria in 1953.

Pointing out that the country runs on Constitution, not by Shariat, he said the religious sentiment was also raised at the time when the practice of Sati and Child marriage were abolished.

Since most of the concerns of political parties have already been incorporated in the bill, there is no need for sending it to Joint Select Committee, he said.

The Congress had this opportunity in 1986 but the then government did not take the bold step and rather indulged in appeasement politics, the minister said.

Mallikarjuna Kharge (Cong) interrupted him saying there is no such thing in Hindu and Christianity then why there should be discrimination against Muslim men.

To this, Naqvi replied that there is no such thing called triple talaq being practised in those religions.

BJD leader Bhartruhari Mehtab asked the minister to explain the due process of law.
To this Naqvi said that the Law Minister will give a reply on this. PTI