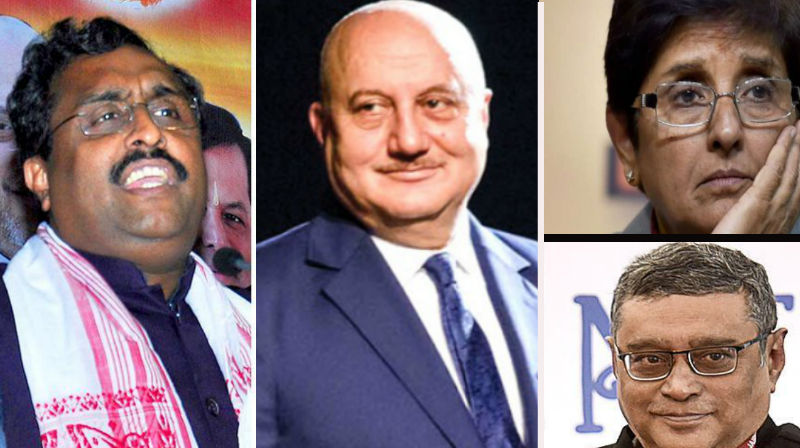 Bedi's account carried a series of tweets in Turkish and English and also featured the emoji of Turkish flag. One of the tweets read "we are protesting the continuous closure of our social media accounts! As long as you do not remove the embargo that you apply to us, all social media users around the world are at risk!"

Another tweet which contained bits of a post in Turkish said, "Your account has been hacked by the Turkish cyber army Ayyildiz Tim. Your DM correspondence and important data have been captured! Turkiye & Pakistan (heart emoji)."

When media asked, Bedi said she was on a flight and after landing, she got to know that her Twitter account was hacked. 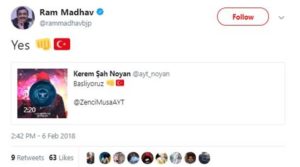 "...There were concerns on my WhatsApp messages as what kind of terror messages were coming from my Twitter account. I could not even log on to my personal account. The user name has also been hacked," she said in a message. Her account is yet to be restored.

Veteran actor Kher, who is currently in Los Angeles, said he got to know about the breach from his friends in India and had alerted the microblogging site about the incident.

"My Twitter account has been hacked. Just got few calls from friends in India about it. I am in LA and it is 1 am," Kher told PTI over a text message.

"Got a DM yesterday from Mr Swapan Dasgupta's account about a link. A first from him. So opened it. Have spoken to Twitter already," Kher added. 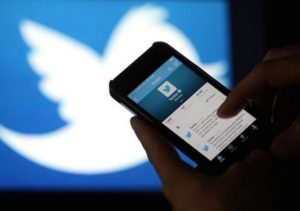 Dasgupta's account was also compromised. A note stating "Caution: This account is temporarily restricted. You're seeing this warning because there has been some unusual activity from this account. Do you still want to view it?"

Ram Madhav's account also seemed to be hacked. Three tweets on his timeline carried messages in Turkish along with the tweet displaying the Turkish flag.

When contacted, Twitter said its "teams are working to resolve an issue affecting a small number of Indian users".

"We will notify affected account holders directly. Reminder: do not click on links in DMs coming from unknown accounts...," it added.

While Dasgupta's account was restored, work was on to restore other accounts, according to sources.

"If you get any link in a DM on Twitter that looks suspicious even if from a known person's account, do not click to open it. Just delete the message. This also applies to Facebook, Whatsapp and mails," he said.

While it is not yet known exactly how and when the accounts were hacked, both Madhav's and Kher's pages had retweeted posts. The posts indicated that the accounts were targeted by 'pro-Pakistan' Turkish cyber army 'Ayyildiz tim'.

Messages with the words "Love Pakistan" were tweeted from some of the hacked accounts.

While Kher, who has close to 12 million followers on Twitter, is a vocal supporter of the Narendra Modi government and his wife Kirron Kher is a Member of Parliament.

Dasgupta was nominated to the Rajya Sabha by the BJP government.

Interestingly, this hacking incidents occurred on Safer Internet Day, organised each year to promote safer and more responsible use of online technology and mobile phones. PTI