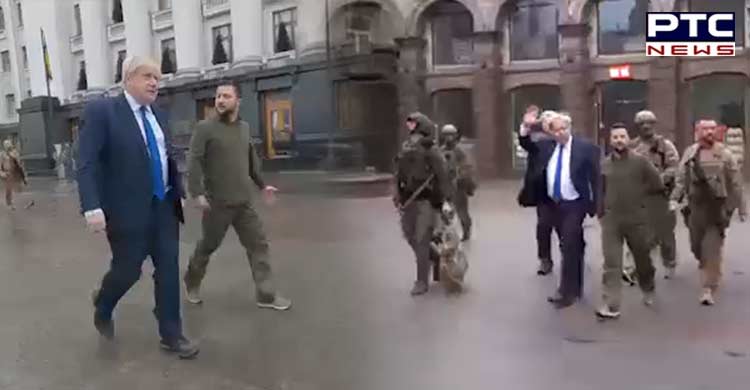 In a two-minute video shared by the Ukrainian government, the two leaders were seen walking through the largely empty city guarded by snipers and other heavy security. Yesterday, UK Prime Minister Boris Johnson met with Ukrainian President Volodymyr Zelenskyy in Kyiv. 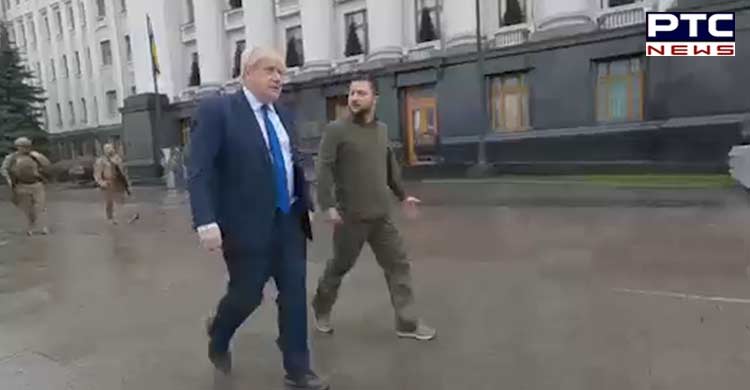 Johnson said that he has travelled to Ukraine to meet President Zelenskyy in person and show solidarity with the Ukrainian people.

"Today I met my friend President @ZelenskyyUa in Kyiv as a show of our unwavering support for the people of Ukraine. We're setting out a new package of financial & military aid which is a testament of our commitment to his country's struggle against Russia's barbaric campaign," Johnson tweeted.

The Embassy of Ukraine to the United Kingdom tweeted a picture of Boris Johnson sitting alongside Zelenskyy in an office. This visit comes as the Johnson government has announced defensive aid to Ukraine with a new pound sterling 100m package. 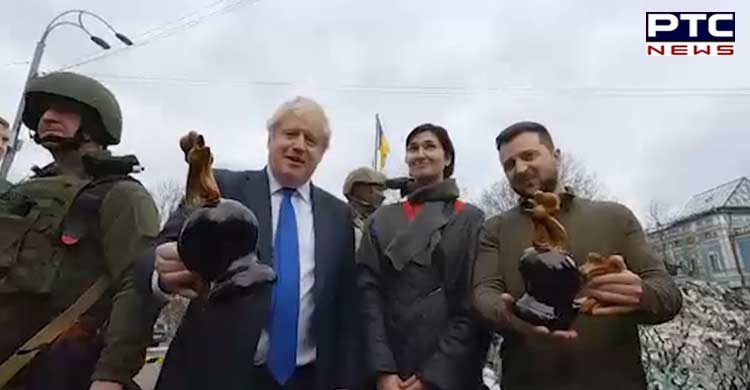 This package amounts to over £100 million and has been designed in consultation with the Armed Forces of Ukraine to ensure that it meets their military needs. This builds on the £350 million of military aid and around £400m of economic and humanitarian support that the UK has already provided.

As well as providing bilateral lethal aid, the UK Armed Forces - alongside Polish, US and international partners - have established an International Donor Coordination Centre in Stuttgart. 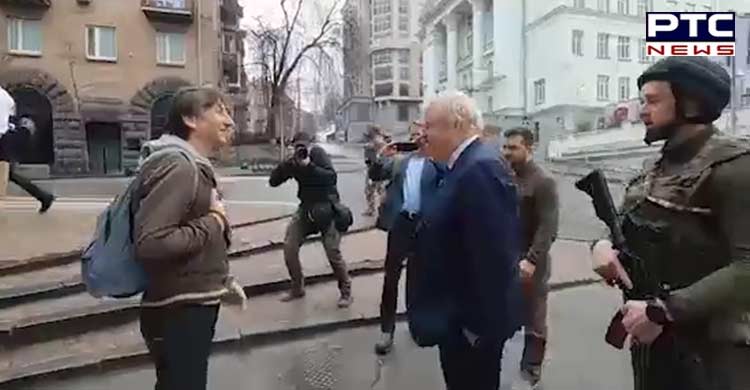 This plays a leading role in the international effort and ensures that the military aid delivered to Ukraine is as coordinated and effective as possible. The team from 104 Logistics Brigade was established following the first International Donor Conference convened by the Defence Secretary in February.

"Putin has steeled our resolve, sharpened our focus and forced Europe to begin to rearm to guarantee our shared security," said Johnson.