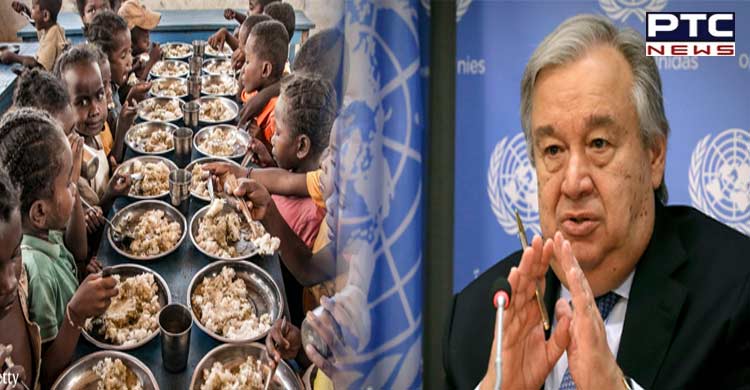 California, June 6: Food scarcity, including shortage of wheat a staple for nearly 2.5 billion people, has brought millions, particularly in Africa to the edge of starvation and malnutrition that could plague them for years.

The United Nations is ringing loud alarm bells to warn of catastrophic hunger and deaths in the coming months but to little avail. Chair of the African Union and President of Senegal Macky Sall made an urgent trip to meet Russia's Vladimir Putin in person last week to get nearly 20 million tons of wheat out of Ukraine by cargo vessels. But he had to come away without any concrete actions to ease the hunger.

The US is accusing Putin of stealing Ukraine's wheat and subverting draconian financial sanctions to sell it cheaply to African countries stricken by drought. He is finding ready takers because wheat prices have shot up more than 60 per cent this year mostly because Russia's invasion of Ukraine has blocked deliveries from those two countries. They usually provide nearly one-third of global wheat exports.

"Leaders told me that because of the war in Ukraine, on top of the other crises they face, they fear this dangerous situation could tip into catastrophe," he added.

The response from the world's seven richest countries (G7) at meetings last month was disappointing mostly because their focus remains on blaming Putin in case widespread starvation deaths occur in Africa.

Prime Minister Narendra Modi has promised to supply emergency shipments of wheat to countries requesting help to alleviate hunger. India is the world's second-largest wheat grower after China but the US Department of Agriculture (USDA) reported that it accounted for only 4.1 percent of total global wheat exports in 2020-21.

The world's largest wheat exporters are Russia, the EU, Australia, the US, Canada, Argentina, Ukraine, India and Kazakhstan. But the US and its allies are being slow in unblocking large supplies of wheat as humanitarian aid.
Worse, the high costs of helping Ukraine have reduced G7 humanitarian aid pledges to only USD 2.6 billion, well below promises they made in 2021 to commit USD 8.5 billion to end famine.