UP: Harassed by inlaws, Muslim woman threatens to embrace Hinduism 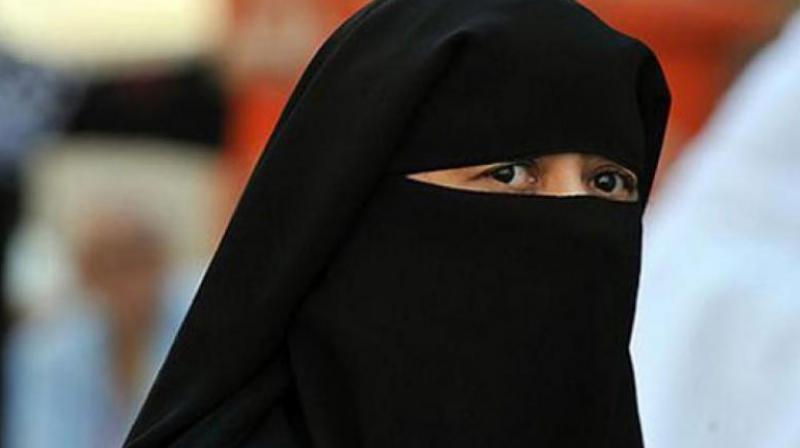 Aligarh: Tension prevailed in Jamalpur area here after activists of a Hindu outfit tried to intervene on behalf of a Muslim woman who was squatting outside her in- laws' house with her four-year-old daughter after the family refused to let them in.

The woman Rihana (30) said she wanted justice for her daughter and herself but if it was denied she could resort to any measure including embracing Hinduism.

According to police, Rihana hailed from neighbouring Bulandshahr district and was married to Mohammad Shareef in 2012. Due to marital discord, she and her child moved to her parents' house.

When all efforts to reach an amicable settlement failed, Rihana, her daughter and her entire family went to her husband's house yesterday in a predominantly Muslim locality here, but were not allowed inside.

The woman's family squatted at the door and soon a crowd gathered.

Some prominent local Hindu Mahasabha leaders arrived and assured her they will take up her cause so she gets justice.

The presence of Hindu activists led to tension in the area. Police officials rushed to the spot and defused the situation.

In the evening, the Hindu activists took her to meet Puja Shakun, National General Secretary of the Mahasabha. Rihana told journalists her case had nothing to do with the issue of triple talaq.

Superintendent of Police, City, Atul Srivastava, told PTI that they were trying to help in working out a settlement. The woman and her family later returned to Bulandshahr and have decided to come back to Aligarh again to resume their protest if things were not sorted out.