UP: Prayagraj hospital gets demolition notice for giving juice in IV drip to dengue patient 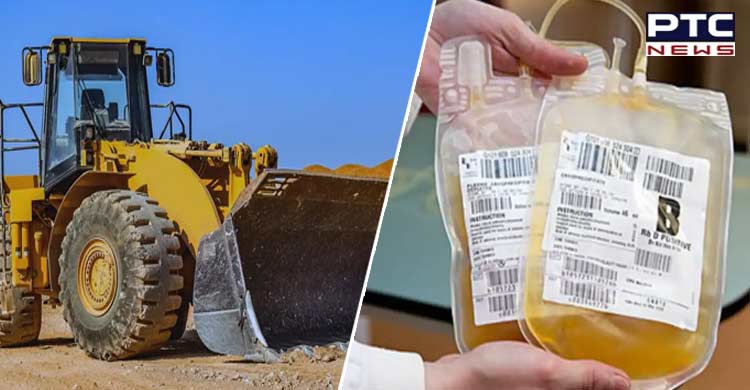 Prayagraj, October 26: Prayagraj Development Authority has issued a notice to the Global Hospital to vacate the building by October 28. The hospital came into the limelight after it allegedly transfused fruit juice instead of blood platelets to a dengue patient.

The civic authority has termed the building as "illegally constructed". The hospital is likely to be bulldozed. Deputy Chief Minister Brajesh Pathak has assured strict action against the hospital if they are found guilty. He said that the platelets packet has been sent for testing.

"Taking cognizance of the viral video of Jhalwa-based Global Hospital offering 'Mausambi' juice to a dengue patient in place of platelets in the district Prayagraj, the hospital has been immediately sealed and the platelets packet has been sent for testing. If found guilty, strict action will be taken against the hospital," Pathak tweeted in Hindi.

Earlier, the hospital was sealed after a preliminary inquiry revealed that "some irregularities" were found according to Additional Chief Medical Officer, Dr AK Tiwari.

"The (CMO) chief medical officer ordered a probe after the patient died. In the probe, some irregularities were found. The hospital has been sealed till the probe is completed," the additional CMO said on Thursday.

A probe has been initiated and action will be taken after the completion of the investigation. The complainant has filed an FIR, the official said.

However, according to the owner of the hospital, Saurabh Mishra, the platelets were brought by the attendants of the patient.

"The attendants were given the slip to bring platelets. They brought five units of platelets in the evening. When three units were used, there was a reaction on the patient, we stopped the transfusion. The platelets that were brought by the attendants of the patient were transfused to the patient. It belonged to the SRN Blood Bank. The hospital has no responsibility for it," he said.

The hospital owner alleged that the patient's attendants were responsible for bringing the platelets.

"We had referred the patient to a higher centre after the attendants requested to do so following the deterioration in the health of the patient. The patient had not died here, the death happened two days later in another hospital," Mishra added.